Another Wacky Idea: Legislative Pay Based on Fiscal Performance

In honor (ha!) of the latest government shutdown, I present another of my wild ideas about the government from the perspective of the “Anti-Candidate.” This idea would fit in well with a series of blog posts I wrote several years ago called “If I Were My Own Representative” — I’ll link to them at the bottom of this post, for anyone who’s interested — or with the myriad other tax ideas I’ve floated through the years.

The Anti-Candidate, of course, running the perpetual “Anti-Campaign,” has no chance of ever implementing any of these oddball notions. But if anyone wanted to fund and run a campaign to get me elected to the U.S. legislature — I don’t want to deal with the hassle of getting elected, but despite my joking around about politics I’d actually be honored to serve — I’d take great pleasure in submitting a bill something like this:

Whereas, it is the solemn responsibility of the U.S. Government to act as a trustworthy steward of the citizens’ treasure; and

Whereas, the endless accumulation of debt is not indicative of good stewardship; and

Whereas, the U.S. Constitution charges the Congress with the power to lay and collect taxes, and the power to spend the revenues therefrom; and

Whereas, the mechanism for spending the collected revenues is the annual budget for the operation of the U.S. Government; and

Whereas, the U.S. Constitution forbids the withdrawal of monies from the Treasury except under duly-legislated appropriations;

Be it hereby enacted that salaries and benefits for Legislative Branch personnel, including Senators, Representatives, and the top-paid half of their respective staffs, shall in perpetuity be limited as follows:

– For any period in which the U.S. Government is operating under a complete budget in which authorizations and appropriations are projected to be revenue-neutral or produce a surplus, 100 percent; or

– For any period in which the U.S. Government is operating under a complete budget in which authorizations and appropriations are projected to produce a deficit, 80 percent; or

– For any period in which the U.S. Government is operating under an incomplete budget, leaving any U.S. Government function to operate under a continuing resolution, 60 percent; or

– For any period in which the U.S. Government is operating entirely under continuing resolutions, 40 percent; or

– For the first 7 calendar days of any period in which the U.S. Government ceases normal operations for lack of appropriated funds, 20 percent;

– For any period beyond the first 7 calendar days in which the U.S. Government ceases normal operations for lack of appropriated funds, zero.

Or something like that. Obviously I’m no master of legal lingo, and I’ve probably left out some important details, but hopefully that gets the idea across. 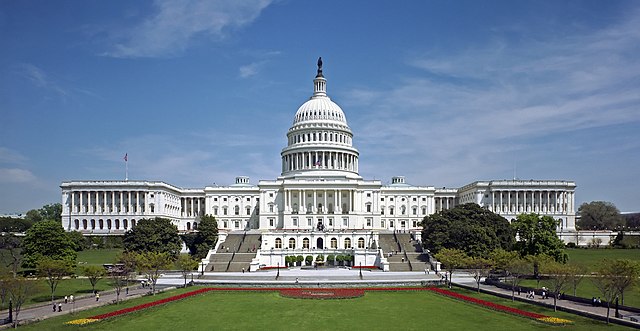 It would be amusing to listen to legislators explain why they should receive their full pay when they haven’t performed one of the most basic functions of their job. But for that to happen, the bill would have to get to the floor, which means getting through committee(s), which means it first must be brought up — and something tells me it would be fairly difficult to find a co-sponsor.

Still, it’s fun to think about.

4 Responses to Another Wacky Idea: Legislative Pay Based on Fiscal Performance