If I Had Been an Apostle on that terrible Holy Saturday,

Because I am fickle and uninspired and weak. Because all I had dreamed of and hoped for had been crushed. Because I would have known, with the surety that I knew the sun would rise, that I was bound for the same fate. 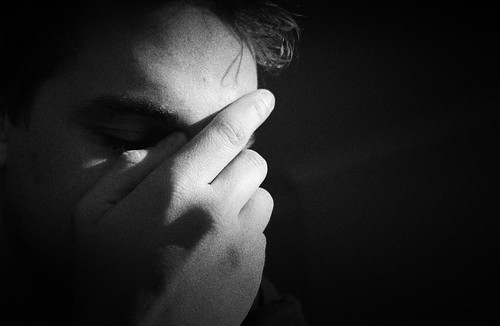 Sometimes all we can do is hold on. (Image: “Despair,” by Lloyd Morgan, on Flickr under Creative Commons.)

And yet, when the next day dawned for the Apostles, all was not as they feared it would be. The world was the same, but their lives were radically changed. They held on long enough to see the new dawn, and sometimes — when we are hiding, in despair, and wondering if what we’ve done is for naught — all we can do is hold on, as well.

Wherever you are, whatever you may be going through … hold on.