On this Easter Monday, it seems appropriate to recall one of the seminal events in the development of Protestant Christianity: on this date in 1521 Martin Luther appeared at the Diet of Worms — an assembly (“diet”) convened in Worms, Germany, from 28 January to 26 May 1521 by the Holy Roman Emperor Charles V — to answer the charge of heresy.

On the 17th, Luther was presented with a list of his own writings and asked if he would recant of the heresies they contained. He asked for time to consider how to respond to the charges, and was granted a day to think it over. On the 18th, he spoke. He differentiated between the various works, left open the question of recanting if he could be shown his error, and apologized for the harsh tone of some of the works, but in the end Luther said,

Unless I am convinced by the testimony of the Scriptures or by clear reason (for I do not trust either in the pope or in councils alone, since it is well known that they have often erred and contradicted themselves), I am bound by the Scriptures I have quoted and my conscience is captive to the Word of God. I cannot and will not recant anything, since it is neither safe nor right to go against conscience. May God help me. Amen.

What does that have to do with baptism? Nothing in itself, but it does illustrate the confidence Luther had in his Scriptural interpretations. And that leads us to something he wrote about baptism …. 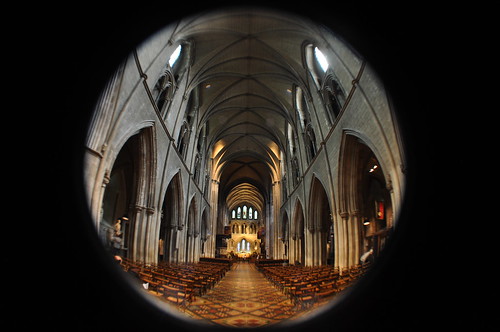 In a treatise on infant baptism, Luther presented an idea I find very interesting. He wrote that baptism

I don’t think Luther’s point is that we need to be baptized anew every day (though most of us benefit from bathing regularly). Baptism is a living metaphor, and not one we actually need to go through again and again. It seems to me that what Luther calls a “daily baptism” is the daily personal exercise in living out the faith. In other words, following Christ involves living every day in light of the two central facets of our faith: that Christ died, and that our “old man” died with him; and that he rose again, and thereby we also have new life. Baptism is the experience that represents those facets of the faith.

It is a remarkable thing to consider. But it’s not as easy to do as it is to consider, or even to write about.