There, but for the Grace of God …

I found myself thinking, as the second major party convention came to a close, about the twists and turns our lives take, about how remarkable it is that anyone rises to fame or prominence, and about how the major party candidates got started on their journeys.

Athletes, for instance, may be gifted physically but they put in long hours of training and practice and preparation before competing, and the competition at higher and higher levels is so fierce that only a tiny fraction of all who ever played the game — whatever game it might be — will make it to the professional ranks. Artistic pursuits are much the same — whatever natural gifts we may have still need to be nurtured and developed, and only a very few professional (as in, making a living from the pursuit) writers, painters, actors, or musicians will ever emerge from the vast numbers of people who have dabbled from time to time in the creative arts.

In each case, the transition from amateur to professional to world-renowned is based on the performance, the output of all the work, as evaluated by the audience.

Can the same be said for politics?

Some politicians have natural gifts of charisma, charm, and attractiveness, and many of them “train” long and hard by networking, developing positions on issues, communicating with partisans (and opponents), and raising money. But political performance seems to be measured by intentions rather than results, promises rather than productivity, and politics is a game in which the influence of others plays a much bigger role than in other areas of life.

The influence of others may be natural to the political game. The intent for the candidate is not to appeal to everyone but to just enough people to get elected — for the party, not to attract everyone but to attract enough to get enough of its candidates elected to enact its preferred policies — so patrons and pathfinders and big-time players who can lend their own influence to a potential candidate become very important to success. Not so in other fields, where a player touted by a superstar must still perform on the court or an artist mentored by a master must still paint something worthy of recognition: in politics, notoriety and the right connections seem to be far more important than doing the actual work of governing or legislating. (Were actual voting records and accomplishments important, ineffective incumbents would be voted out far more often and certainly not be advanced to higher offices.) 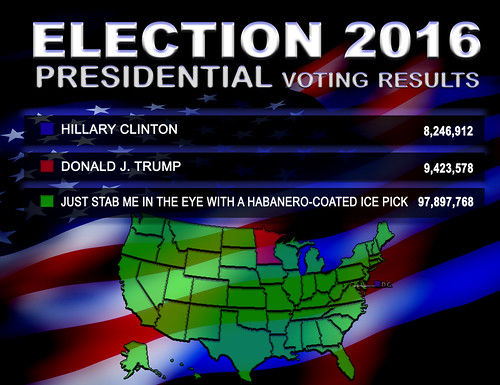 Which brings up a more interesting question: which of us, with the right connections or having gained some degree of notoriety or power, might have found ourselves on such a stage? Why them, and not you, for instance?

Perhaps “there, but for the grace of God,” go we.