When is a 19-year-old not an adult? When it serves someone else’s purpose to label him a “teenager.” 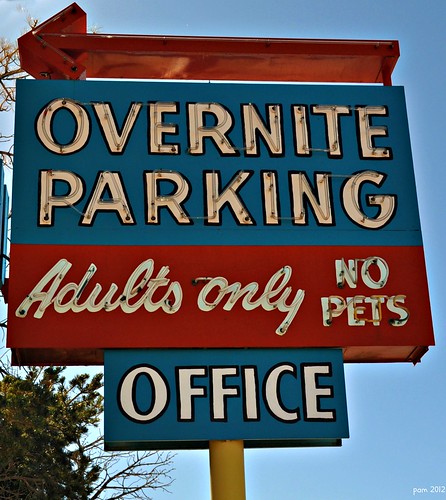 (“Adults Only,” by Pam Morris, on Flickr under Creative Commons.)

Before authorities arrested him at O’Hare International Airport and accused him of attempting to provide aid to ISIS, a teen from the Chicago suburbs left behind a letter for his parents.

Mohammed Hamzah Khan, 19, wrote that he was leaving the United States and on the way to join ISIS, according to a criminal complaint. He invited his family to join him in the three-page letter, which authorities found in the bedroom he shared with a sibling in Bolingbrook, Illinois. But he warned them not to tell anyone about his travel plans, the complaint said.

The headline — which seems disingenuous in the extreme, given the opening paragraphs — is, “Was arrested teen on his way to join ISIS?”

Throughout the CNN article, as well as on NBC and ABC and other outlets, the young man is referred to as a “teen.” Correct in the strict sense of the word, perhaps, but misleading: this was an adult, of legal age, despite being technically a teenager.

Someone casually reading the headline could make the honest mistake that this was a minor, rather than an adult responsible for his actions. To persist in calling him a “teen” is to imply that his choice to pursue affiliation with ISIS was some youthful folly, rather than a deliberate decision.

I leave it to the reader to consider why journalists and editors might have made this choice.

UPDATE, 8 June: I have seem some indications on the news that Bergdahl did indeed try to escape at least once. Good for him.

I suspect some charges still await him, and he will have his chance to defend himself against them.

Amid the furor of whether Bowe Bergdahl, the soldier for whose return the administration freed five senior terrorists, only deserted his post and was unfortunately captured or actively sought to turn himself over to the Taliban — i.e., whether he was AWOL or a defector — I have not seen anything that indicates whether the young man ever actually tried to escape from his captivity. 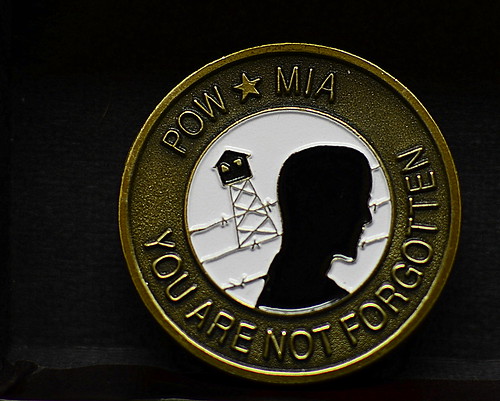 (“POW/MIA Medallion,” by Vince LoPresti, on Flickr under Creative Commons.)

Why does that matter? Because one of the chief responsibilities of any U.S. servicemember who is taken captive is to try to escape. (Even I learned that, and I was in the Air Force.)

It will be interesting to see, if details of the case are released, whether Bergdahl is found to have willingly violated Article II of the Code of Conduct for Members of the United States Armed Forces, which states,

One might make the case that Bergdahl was captured against his will, though his former comrades have cast doubt on that. But I also wonder if Bergdahl sought opportune moments to escape during his five years of captivity, or if he effectively violated Article III of the Code of Conduct:

If I am captured I will continue to resist by all means available. I will make every effort to escape and aid others to escape. I will accept neither parole nor special favors from the enemy.

“I will make every effort to escape,” if I am acting in accordance with the Code of Conduct. Thus, my question: did he, and how many times?

I look forward to seeing how this plays out, and what charges are eventually brought against the young man.

Greek mythology — as well as two landmark works of science fiction — tells us what needs to happen to the savage thugs of “Boko Haram.”

It boils down to this: kill them all.

(“Hercules and the Lion,” by Francisco de Zurbarán (1634). Image from Wikimedia Commons.)

I should make it clear that I am talking about the Islamist militant group colloquially known as “Boko Haram,” because that’s apparently not the group’s real name. And apparently the translations of “Boko Haram” itself are problematic, i.e., “Boko Haram” seems to mean something other than “Western education is a sin”. According to this Wall Street Journal video, which repeats the common but apparently erroneous translation of “boko,” the group’s more formal name is “Jama’tu Ahlis Sunna Lidda’awati wal-Jihad,” which means “People Committed to the Propagation of the Prophet’s Teachings and Jihad.”

But regardless of what they call themselves, or what groups like them call themselves, when they undertake to kidnap, sell into slavery, murder, and so forth, they need to be eradicated like the vermin they are.

Harsh, you say? Un-Christian of me, to call for judgment instead of mercy? So be it.

Sorry, but if you want to show mercy to the vicious brutes who kidnapped those girls and threatened to sell them into slavery, then pat yourself on the back for your enlightened thinking and please get out of the way. Or if you think pleading with them via Twitter hashtags is likely to elicit some mercy on their part, then please consider the possibility that you may be willfully blind to evil in the world. Or if, God forbid, you actually think what ‘Boko Haram’ did was good and proper — positive and laudable in any way — then I hold you as an enemy of all that is decent and respectable. As are those militants themselves.

I can hear the cliched objection that violence is not the answer, but Robert A. Heinlein had what I believe is the definitive answer to that, from Starship Troopers:

Anyone who clings to the historically untrue — and thoroughly immoral — doctrine that ‘violence never settles anything’ I would advise to conjure up the ghosts of Napoleon Bonaparte and of the Duke of Wellington and let them debate it. The ghost of Hitler could referee, and the jury might well be the Dodo, the Great Auk, and the Passenger Pigeon. Violence, naked force, has settled more issues in history than has any other factor, and the contrary opinion is wishful thinking at its worst. Breeds that forget this basic truth have always paid for it with their lives and freedoms.

The best option — the only option, if what we want for Nigeria is freedom and safety — is to destroy them, utterly and forever. We will find it hard to do so, not only because some among us have become soft and unwilling to do the dirty work of liberty but because we are at heart sympathetic people who would prefer not to be destroyed ourselves. But Frank Herbert warned against such sympathies in a Dune epigraph attributed to the Bashar Miles Teg:

Sympathy for the enemy — a weakness of police and armies alike. Most perilous are the unconscious sympathies directing you to preserve your enemies intact because the enemy is your justification for existence.

But will a Heracles — Nigerian or otherwise — rise up to kill this beast?

In all of the back-and-forth about the killings in Benghazi — all of the he-said, she-said, they-said, and who-knew-what-and-when-did-they-know-it — I haven’t heard any of our leaders lay out this simple point:

Four U.S. citizens are dead who shouldn’t be.

(Will UN Monitors Investigate This Tragedy? by roberthuffstutter, from Flickr under Creative Commons.)

Those men — Ambassador Christopher Stevens, Glen Doherty, Tyrone Woods, and Sean Smith — posed no threat to Libya, and indeed posed no threat to individual Libyans. Their mission was diplomatic, and peaceful, and in general respectful and helpful to Libya as a nation and its citizenry. Yet armed marauders, in a coordinated assault, overpowered and killed them.

Four Americans are dead who shouldn’t be.

Why are they dead? First, for the simple reason that they were U.S. citizens.

Not because they had done or said anything specific, and not even because they worked under the current administration.* They were targeted because they represented the U.S. What does that mean for the rest of our diplomats, or for any of us who may travel abroad? Call it paranoia if you like, but it seems to me there are forces in the world that consider each of us, and all of us, legitimate targets because we are U.S. citizens.

It appears there may be another reason they are dead. Not because of a video presentation, but because increased security that might have been afforded was — for reasons as yet unknown — not provided. It is fruitless at this early stage, as investigations proceed, to speculate on whether a legitimate need went unmet, or whether the reasoned allocation of limited resources produced a scarcity where a surplus was needed. I am willing to wait for the professionals to determine what was known, and when, and whether the preparations and responses were reasonable, but in the end the tragic truth will remain:

Four of my countrymen are dead who shouldn’t be.

In the immediate aftermath of the attack, it was heartening to see some Libyans step forward to express regret over the attack that killed four men they knew, at heart, to be friends of Libya. It would be more heartening to see those who love peace take steps to apprehend and punish all the perpetrators, and then to work diligently to moderate the extreme rhetoric and the frequent recourse to violence we have seen in Islamofascism.

But no amount of contrition or action on the part of moderate Libyans will bring back our people.

Four U.S. citizens are dead who shouldn’t be.

And we have every right to be pissed off about that. I’ll even go so far as to say that if you’re a U.S. citizen and you’re not pissed off about the fact that four of your countrymen were killed for no good reason, then I think you need to re-evaluate your loyalties.