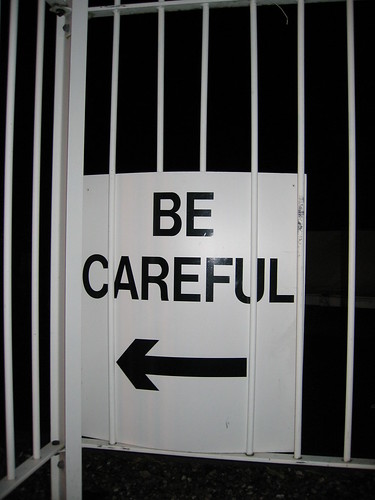 This has been fermenting in my mind for some time now. Some folks may think I let it go too far, and have produced figurative vinegar instead of wine. But, vinegar also has it uses. 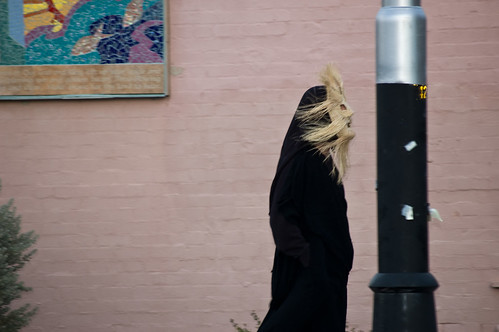 (Some straw men are more active than others. [Image: “Straw Man Walking” by Ken Bosma, on Flickr under Creative Commons.])

I thought I’d take a stab at why it is not just unlikely that we will ever agree on many issues, but very nearly impossible. I hope you’ll bear with me and forgive any errors I may make.

One of us formulates an argument along the lines of, “I oppose X because of A.” Perhaps we state it just that clearly, or perhaps the unfavorable A is only implied.

The other of us formulates a counter-argument along the lines of, “I support X despite A.” (Or, if we think that A is actually favorable, we might argue, “I support X because of A.”)

(Note that this is different from arguing on one side “I support X because of A,” and on the other side “I oppose X because of B.” There, we are not arguing quite the same cases. Maybe there’s another blog post in that discussion, but I doubt it.)

This “I oppose/support X because of/despite A” type of formulation works for many different arguments, even if we choose to add conditions meant to make our positions complete or more “reasonable.” The more caveats and addenda we add, the more complicated we make our arguments. “I support X, under conditions Y and Z, because of A and B, and despite C.” We might wonder whether the additional conditions are intended to convince our opponents, or ourselves.

(Also, the respective arguments need not be stated in terms of outright support for a particular position. For instance, we could say, “I think X works well despite A,” or “I think X works poorly because of A.”)

With that as a symbolic basis, here’s the crux of why I doubt we will ever agree: Once we have established our relative positions, and do not take the time or make the effort to examine our differing assumptions and premises, neither argument is particularly convincing. As the poem goes, “ne’er the twain shall meet.”

Shall we consider a few examples?

(Note that both sides in this case could use reports of people who fall through the metaphorical cracks of either socialized or open-market healthcare systems as “because of” or “despite” factors — because no system of healthcare will ever be perfect.)

The dichotomous arguments can be applied to belief systems as well: “I believe in X because of A,” or “I am skeptical about or do not believe in X despite A.” Perhaps a single example will suffice: Religion.

Feel free to formulate your own versions of the above, or your own sets of arguments on both sides of whatever controversies you choose: anthropogenic climate change (formerly known as global warming), the death penalty, debt financing, Keynesian economics, whatever you wish. Post them below, if you like. You may find that it can be difficult, but interesting, to formulate an opposing argument.

Here’s one sure to make people’s eyes water: Societal acceptance, if not normalization, of marriage between homosexuals.

I will forego other examples, because this post was already unwieldy enough even before that last controversy. If you’ve made it this far, thank you for your forbearance. Please permit me one last observation.

Better, in my opinion, just to disagree.