I commented on Facebook yesterday that I think God’s will is very misunderstood.

I think it’s more descriptive than prescriptive. I think of Christ telling us what the kingdom of Heaven is like, with the idea that we might build something even a little bit like it here rather than worrying about what it takes to get us there.

I think it’s less directive and more indulgent. I’m a big fan of free will, so I dislike the idea that God’s will entails God pushing buttons and pulling levers behind a curtain to control what we do. We are like children, and sometimes parents can be quite indulgent when it comes to their children. Sometimes the children suffer for it, and sometimes it amounts to natural consequences.

In short, I don’t think God’s will controls our day-to-day existence, though according to it God may from time to time choose to intervene in our lives. 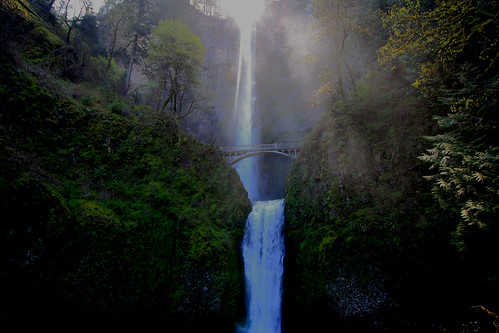 (Image of waterfall from The TRUTH Will Set You Free, on Flickr, under Creative Commons.)

Then again, it’s likely that I am too conformed to this present world, not fully transformed by a renewed mind, and unable to prove what God’s “good and acceptable and perfect will” is (Romans 12:2), so I may be misunderstanding it completely….

Which was sort of my point in the first place.

4 Responses to Misunderstanding God’s Will