How NOT to Give a Webinar

I signed up for a music-related webinar a few weeks ago, and after sitting through it — or, trying to … twice — I’ve been stewing about it ever since. It was that poor an experience.

In fact, I have very little nice to say about it, so this is probably not the best way to follow up the post in which I admitted my tendency to be more critical than discerning. I can say that in my ongoing struggle to be less overtly critical I tried to follow the “praise in public, criticize in private” principle; if that had worked, I probably would not have written this post. Still, I will not link to the product or the responsible person, nor will I call them by name.

Part of the reason the whole experience annoyed me so much is that I am — or was — a fan of the person giving the webinar: I appreciated their music, and found their songs to be insightful, profound, and even brilliant. The lesson here is that it takes a lot to turn a fan completely and totally against you, but you, too, can alienate and drive away some of your fans if you follow these aggravating steps:

Yes, if you follow those steps, you’re almost guaranteed to alienate someone who was coming to you for useful information and who expected a different experience. (Most importantly, be sure to bill it as a webinar –a web-based seminar — and sometimes as a workshop: don’t you dare bill it as simply a video tutorial, and especially don’t bill it as the long-form advertisement it really is.) 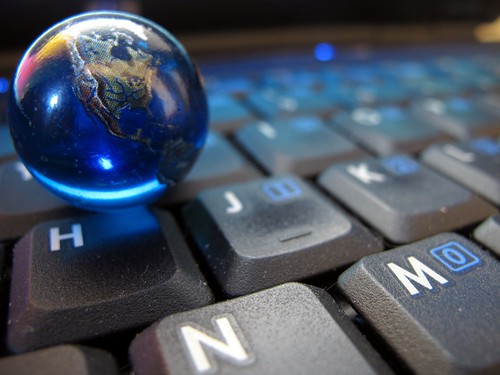 Web-based seminars can be great, but they can also leave people wanting more — especially when they don’t deliver what they promise. (Image: “the world wide web,” by frankieleon, on Flickr under Creative Commons.)

Note that twice I followed the “critique in private” principle by sending e-mails directly to the party involved, to no avail. The silence was stunning.

The sad part is that I’m not sure I can bring myself to listen to that artist’s music again. As much as I appreciated their music, I’m certainly not a fan of the person as an Internet marketer. I found them to be deceitful, uncommunicative, and manipulative.

But, in the “silver lining” department: obviously I did learn from them some things not to do if I ever decide to produce a webinar.

So that’s something, I guess.

2 Responses to How NOT to Give a Webinar