Today our guest is Bradley Beaulieu, author of The Winds of Khalakovo, the first of three planned books in The Lays of Anuskaya series. In addition to being an L. Ron Hubbard Writers of the Future Award winner, Brad’s stories have appeared in various other publications, including Realms of Fantasy Magazine, Orson Scott Card’s Intergalactic Medicine Show, Writers of the Future 20, and several anthologies from DAW Books. His story, “In the Eyes of the Empress’s Cat,” was voted a Notable Story of 2006 in the Million Writers Award.

The story of how you got the idea for the book from looking at paintings in the art gallery is fantastic, but how long was it between first conceiving The Winds of Khalakovo and actually sitting down to write it?

When my wife and I went to the National Gallery in Edinburgh and saw all those great paintings, I decided that my next project (which eventually became The Winds of Khalakovo) would include the artwork I bought in postcard form. However, at that time I was working on another novel. I was finishing up a draft and knew that it would need at least one more to make it work. (As it turned out, that book went through at least four full drafts after my trip to the UK, but who’s counting?) I was also working heavily on short fiction at the time. I went to Orson Scott Card‘s Literary Bootcamp the summer following, and Clarion the summer following that. Suffice it to say that the story didn’t really get my full attention until around 2007, several years after spying the artwork. But that was great, actually. I was learning quite a lot about writing, which helped me to take on such a large project. Plus, the delay afforded my hindbrain to work on the story without the pressure of actually writing it. It was nice for the pressure to be off, so to speak, but of course the pressure was “on” in other pieces of fiction I was working on at the time.

One thing I haven’t really talked about much (yes, this is an exclusive!) is that I also used a piece of software to help me with the world building. The software is called Fractal Terrains, and it allows you to specify some basic parameters about a world — things like diameter, water cover, mountain height and ocean depth, the number of moons — and the software will then render a world for you. I played with the software a lot, altering the parameters and retrying until I had something I liked. I knew that I wanted a world with archipelagos. The rendering of the terrain and the channels beneath the ocean surface ended up advising me on the magic of the world. It also created the geo-political structure. I circled the island chains until I had what I wanted: a loose collection of archipelagos that depended upon one another for survival. These became the nine Duchies of the Grand Duchy of Anuskaya, and two of my main characters became a Prince of one duchy and a Princess of another. It also made sense to me that there might have been an indigenous people on these islands that were pushed out by the expansion of the Grand Duchy. And from this flowed both the Aramahn, the peaceful peoples that originally inhabited the islands, and the Maharraht, the warlike splinter of the Aramahn that wish to push the Grand Duchy from the shores of the islands at any cost.

So the time period in this case, about three years, really helped me to prepare for this book, because it’s big. I don’t think it would have turned out nearly as well if I had just launched into it after finding that artwork. I also wouldn’t have been as deep and complex. All in all, though I was anxious to get to the project, I’m glad life and other things got in the way.

How long did it take to complete The Winds of Khalakovo? How did the creative stages progress?

As I mentioned above, I hit the pause button from 2004 to 2007. Another bit of serendipity struck in terms of the timing for the initial draft. I went to Clarion in 2006 (the last of the Michigan Clarionites!) and my writing took a major leap forward. As anyone who goes to one of the longer writing workshops will tell you, it takes months, and even years, to grok everything that you only have a chance to learn on a surface-level at Clarion. So I’m glad I had wrapped up Clarion and written a few short stories afterward before launching into The Winds of Khalakovo.

But I digress … I started in earnest in 2007 and I finished the first readable draft (which was probably three full passes on the manuscript) by late 2008/early 2009. It was at this point (and it was perfect timing) that Sarah Kelly, with whom I’d attended Clarion, was firing up “Starry Heaven,” a writing workshop based on the Blue Heaven workshop format. I jumped at the chance, because I knew I needed more eyes on Winds. I went that summer and got great advice from the other attendees. I’m thoroughly convinced that it pushed the manuscript over the top. Might it have been picked up anyway? Maybe, but I wouldn’t have liked my chances, and in any case it’s a much better book for my having gone.

I took the rest of 2009 after the workshop and polished up the manuscript, and when I was attending World Fantasy that year in San Jose, I approached Jeremy Lassen at Night Shade Books. He agreed to take a look at it, and roughly four months later, I had an offer for the trilogy. 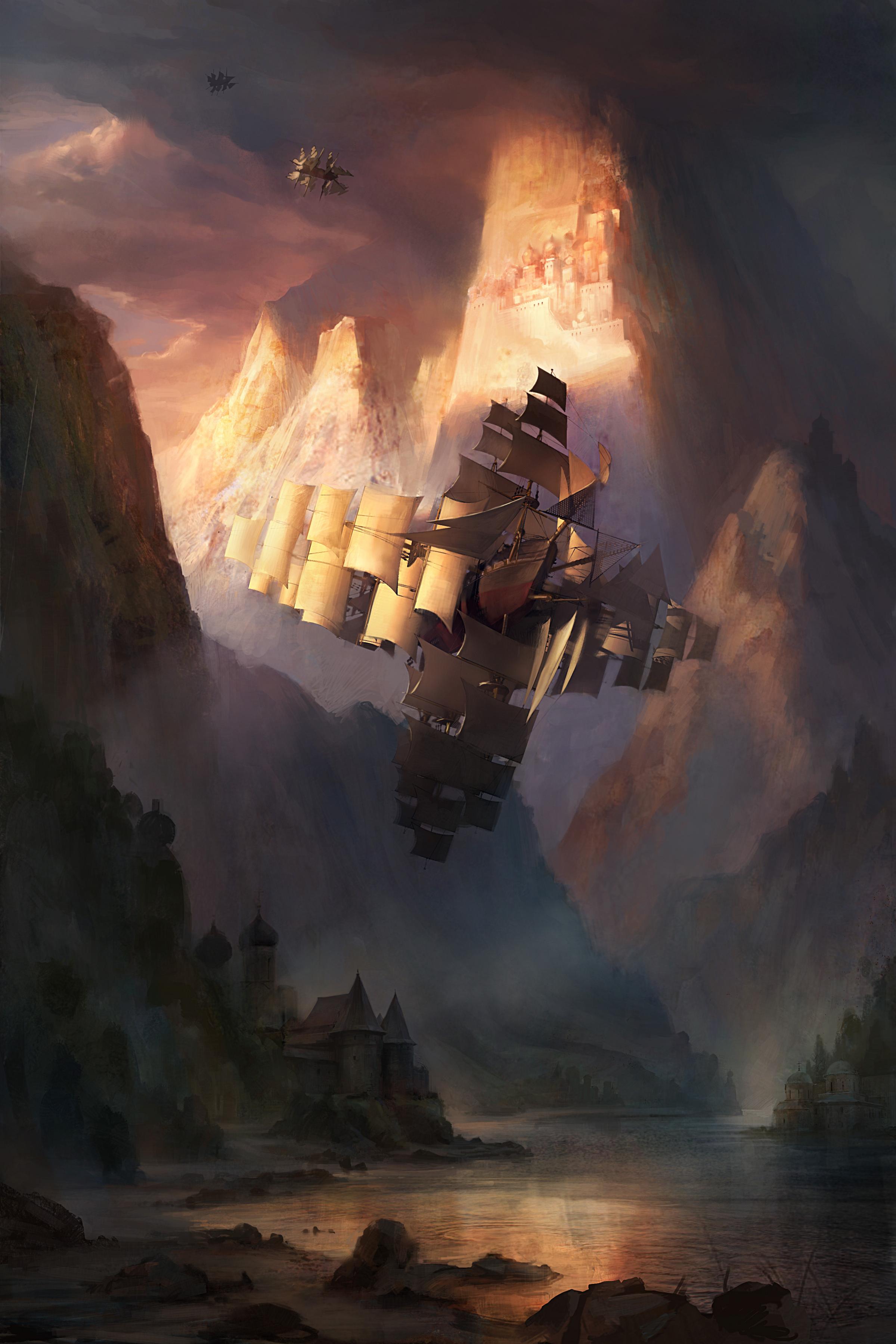 What major obstacles did you have to overcome while working on The Winds of Khalakovo, and how did you overcome them?

Well, the biggest obstacle is life. I have a full time job working with enterprise software — installing, training, customizing. I know, I know — I can hear the yawns already — but it’s something I enjoy, and it does indeed pay the bills. Still, the day job certainly has a way of cutting into the writing time. As does having a wife, and two children, and family, and friends, and hobbies, and… Well, you get the idea.

It’s tough. It’s difficult to sit back in my chair at night when everyone’s gone to bed already and get my hour of writing in. But I’ve cultivated the practice, and although I would never call it easy, there is certainly a sense of pride after the session is over, even if the words weren’t particularly great. That’s largely how I do it. Sure, there was some motivation in looking at the big picture: having a book published someday. But that’s really hard to use over and over again for the day-to-day grind of writing. So I allow myself to feel the pride that comes with simply doing. Some day (hopefully soon) there will be other rewards, like readers telling you how much they liked your book, but I’ll always stick to the mantra of getting in my hour of writing each day, which generally yields me 1,000 words.

Note that I didn’t address what it’s like now, which is a whole other thing. I’m under contract for two books now, and so that’s incentive in and of itself. It helps in a way. It’s more pressure than I had before, sure, but it’s good pressure. It’s making me push myself to create words, but also to try to live up to what I’ve started in Book 1. I’ve laid down a contract with the reader in Book 1, and I understand that I have to live up to it in Books 2 and 3. I hope I can do it. I’m certainly trying. And that goal helps me to continue to make the time for writing while life continues around me, and to me, and through me.

Tomorrow we will conclude our conversation with Bradley. Meanwhile, you can read more about him and The Winds of Khalakovo on his web site, http://quillings.com/.