On Being an Old(er), New(er) Writer

Or, brief thoughts on my 2nd year of Campbell Award eligibility. 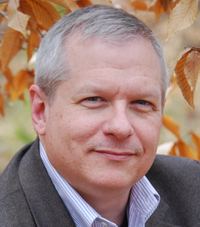 How can someone this old be a new writer?

This is what comes from having second or third careers: the experience of once again being “new” at something. It’s actually a pretty familiar feeling for me, having gone from assignment to assignment in the Air Force … especially since so many of my assignments were wildly different from one another. But it’s also odd to be pushing 50 years of age and yet be a newbie.*

But when it comes to this science fiction and fantasy writing game, I feel newer than new.

I’ve made some progress with the writing thing: to date I’ve published five short stories in the genre, with two more on the way this year. I’m pleased with that, and in some respects I’ve reached a level of success I wasn’t sure I would ever achieve. But I know I have a very long way to go, so much so that it seems unreal that my limited success has placed me in my second** year of eligibility for the John W. Campbell Award for Best New Writer.

If you visit the Campbell Award page via that last link and scroll down, you’ll see all the Campbell-eligible authors listed. I am in some wonderful company, as I know several of the writers who are both first- and second-year eligibles. Everyone eligible has the option of putting together a personal profile with a bio and such, and I have my own Campbell Award profile, too. In a few months we’ll find out who received enough nominations to go on the final ballot. (I may receive a nomination or two, and I’m grateful to the folks who brought my name up this past weekend at illogiCon, but I feel that most of the others on the list have better credentials for being on the ballot than I do.)

The whole thing — the publishing success as well as the award eligibility — seems very strange, as if it’s happening to someone else and I’m just spectating. I wonder how long it will take for that feeling to wear off, if it ever does. Because not only do I know that I’m still very new at this, but I feel as if I’ll be “new” at it for years to come.

And maybe that’s not all bad. In the same vein as “you’re as young as you feel,” maybe I can get away with continuing to feel “new” at this science fiction game for a long, long time.

___
*Holy moley, am I really that old? It used to be that I was younger than I looked. Maybe I still am.
**And final!

0 Responses to On Being an Old(er), New(er) Writer