Yes, this weekend I’ll be at the RavenCon science fiction and fantasy convention in Williamsburg, Virginia. 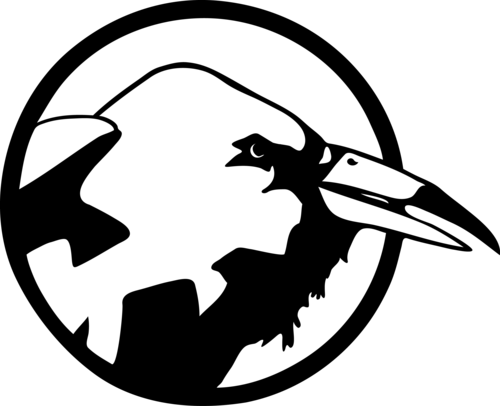 I have a few events to keep me busy:

The only open filking session is on Sunday morning from 10-12 a.m., so that’s a little odd, but maybe I’ll be able to find a quiet corner and play some tunes. Regardless, it should be fun — hope to see you there!

___
Related Items of Interest:
– Speaking of filk, watch the music video of Tauntauns to Glory
– Also speaking of filk, listen free to both of my albums, Distorted Vision and Truths and Lies and Make-Believe
– Speaking of reading aloud, watch my Public Speaking Tip: The Value of Inflection
– Speaking of nothing in particular, visit my Online Store

The MystiCon science fiction and fantasy convention starts the day after tomorrow, but I’ve had a new event added to my schedule:

If you’re at the convention, I hope I get to see you!

Next weekend (24-6 February) I’ll be in Roanoke, Virginia, for the MystiCon science fiction and fantasy convention. This year one of our most highly-esteemed authors, David Weber, is the Literary Guest of Honor!

If you’re at the convention, here’s where you’ll find me:

MystiCon is a nice little convention, and always a lot of fun — hope to see you there!

The illogiCon science fiction and fantasy convention starts tomorrow! I’m going — are you? If so, stop in and see me …

illogiCon includes a number of unique events, including the illogiCon Brewmaster Competition, which has a “Steampunk” theme for 2017. I’m honored that they chose my tune, “Another Romulan Ale,” as the competition’s theme song!

Over Labor Day weekend I’ll be in Atlanta, Georgia, with 70 or 80 thousand of my closest friends at the Dragon Con science fiction and fantasy convention. The Author Guest of Honor is Jim Butcher, the Artist GOH is Stephan Martiniere, and many of my friends are also guests, attending professionals and performers at the convention.

I’m giving a solo concert (4:00 p.m. Sunday afternoon — add it to your schedule now) and participating in a number of other events. If you’re there, I hope I get to see you!

Here’s a rundown of all my events:

At off hours, you might find me attending concerts by my musical friends, chatting with Baen Barflies in Barfly Central, hanging out in the bar with my writerly friends — or quite probably wandering around looking dazed. Be sure to stop and say hello if you get the chance!

This weekend is the ConGregate science fiction and fantasy convention in High Point, North Carolina. The Author Guest of Honor is Steven Barnes, the Artist GOH is Lindsey Look, the Special Writer Guest is my friend A.J. Hartley, and the Special Musical Guests are the incomparable Valentine Wolfe.

Even though I’m not the Master of Ceremonies at this convention, and don’t have any readings or panel discussions on my schedule, I’m going to be fairly busy — and doing a lot of music!

I was pleased to be part of the first ConGregate two years ago, and it’s gotten better every year. I expect the trend to continue, and I’ll do my best to help ConGregate be its best!

I’m on the road again today, this time to the 29th annual LibertyCon science fiction and fantasy convention! The Author Guest of Honor is Jonathan Maberry, the Artist GOH is Todd Lockwood, the Science GOH is Dr. Ben Davis, and the Special GOH is artist Melissa Gay.

If it’s not obvious from the title, I’m the Master of Ceremonies for this convention. Here’s what I’ll be doing:

My two big ceremonies to master are, of course, the Opening Ceremonies today and the Luncheon tomorrow. I will make the rounds of some other panels and events, though, and expect to make an appearance at the Closing Ceremonies on Sunday as well!

___
Shameless plug: I brought many copies of Distorted Vision and Truths and Lies and Make-Believe that I’d love to get rid of, plus a few other goodies as well. Flag me down if you want something!

I’m on the road again today, this time to the ConCarolinas science fiction and fantasy convention. The Author Guest of Honor is Chelsea Quinn Yarbro, the Media GOH is Nana Visitor of Star Trek: Deep Space Nine, the Artist GOH is Ursula Vernon, and many of my writing and music friends will also be there!

My schedule is busy, and heavily weighted toward the literary end of things. The only individual event I have is my “real-time story submission” workshop on Saturday afternoon; I don’t have any readings or signings or concerts or the like. Here’s how the weekend stacks up for me:

I’m a little surprised that the only open filking appears to be the Friday night session, but maybe some of us will get together at some other time and take over a room — or the hallway! — and play a few tunes. Stop by and sing along!

I’m going to RavenCon, which is usually held in Richmond but has moved to Williamsburg for 2016. The Literary Guests of Honor are Sharon Lee and Steve Miller, and the Artist Guest of Honor is Vincent Di Fate, who illustrated my Analog Science Fiction and Fact story “SEAGULLs, Jack-o-Lanterns, and Interstitial Spaces” (which, by the way, was recently translated into Chinese).

My schedule is a little odd this year — more workshops than panels, including my solo workshop in which intrepid volunteers let me look at the first few pages of their story submissions as if they had landed on my desk. So if you’re coming to the convention please stop in and say howdy! Here’s my schedule:

No concert slot for me at RavenCon, but there will be various open filking sessions — Friday at 6 p.m., Saturday at 11 p.m., and Sunday at 2 p.m. (though I may be on my way home at that point).

Hope to see you there — or, if not, hope you have a great weekend!

___
Shameless plug: I will, as usual, have copies of Distorted Vision and Truths and Lies and Make-Believe, plus other goodies. Flag me down if you want something!

Yesterday, on my way home from the MystiCon science fiction and fantasy convention — which went very well — I came around a bend on I-40 and saw a car on fire, and a young man pulling items out of the vehicle.

I was the first person to pull over, and by the time I got out of my truck the little car was completely engulfed in flames. The young fellow had stopped trying to retrieve his belongings because the fire was too intense. I dialed 911 on my cell phone, but I couldn’t pinpoint the location for the operator because the only nearby sign was obscured by trees. The driver was also on the phone with the dispatchers by that time, so I rang off.

In the next few minutes, two more cars had stopped to see if they could help. Thankfully, the young man was unhurt, but here’s what his car looked like when it was all over: (Thankfully, the young man driving this car was not hurt when it caught fire.)

Turns out the driver was headed toward Raleigh in search of construction work. I offered to drive him into Raleigh — it wouldn’t be that much out of my way, and seemed better than having the Highway Patrol drop him off at a gas station — but he couldn’t raise any of his friends on the phone and they didn’t respond immediately to his text messages. So he decided to head back to Pilot Mountain, where he had come from … and I agreed to take him. (I thought about buying him a bus ticket, but a quick search showed it would cost more for that in my money and his time than it would to drive him.)

When we got him and his few remaining things in the truck, I warned him that he’d have to listen to the “old man music” I had on CDs. He didn’t seem to be bothered by that.

We made a quick pit stop, where he wouldn’t let me buy him anything to eat or drink, then we headed west. I tried to make small talk, but between the turmoil of the event and still trying to reach his friends he wasn’t very talkative. (I can relate to that, since I’m not usually very talkative either.) Then, as we were coming up on the outskirts of Greensboro, one of his friends finally called him on the phone.

They said they could come get him, but because they would be coming from the east side of Raleigh we turned around and headed back east. We talked about a number of different places he might tell them to meet him and finally agreed on a suitable spot. By the time we got there, we had listened to the first Hootie and the Blowfish CD, the first Kutless CD, and about a fourth of the Cruxshadows’ Dreamcypher CD. He never commented on my eclectic taste.

When we stopped and unloaded, he offered to reimburse me for gas. Of course I refused and told him to pay it forward when he could. If I’d had more presence of mind, though, I would’ve found some sneaky way to slip a few dollars into his backpack for him to find later. I’ve kicked myself for missing that opportunity.

In the end, I made it home from the convention a few hours later than expected, but I made it home. I didn’t mind the delay; as I told one of the state troopers, if one of my children were in that situation, I hope someone would offer them a ride, too. I just hope that young fellow finds his way to a good place, finds the construction job he wanted, and bounces back quickly from this temporary setback.