There Will Be War

After winning the John W. Campbell Award for Best New Writer in 1973, Dr. Pournelle (PhD, political science) served as President of the Science Fiction and Fantasy Writers of America for the 1973-74 term. He is perhaps best known for several bestselling collaborations with Larry Niven (including The Mote in God’s Eye and Footfall), and with Niven and Steven Barnes.

The subject of this post refers to a series of anthologies Dr. Pournelle edited in the 1980s, based on the axiom “There Will Be War.” The phrase is not a wish for war, but a recognition that we are a violent species living in an often violent and unfortunately limited world; and that we are unlikely now, in the near future, or over the long term to resolve our deepest differences for very long in any way short of war.

From the first of the “There Will Be War” anthologies, published in 1983 and recently reissued by Castalia House, we get this quote:

Historically, peace has only been bought by men of war. We may, in the future, be able to change that. It may be, as some say, that we have no choice. It may be that peace can and must be bought with some coin other than the blood of good soldiers; but there is no evidence to show that the day of jubilee has yet come….

History shows another strong trend: when soldiers have succeeded in eliminating war, or at least in keeping the battles far from home, small in scope, and confined largely to soldiers; when, in other words, they have done what one might have thought they were supposed to do; it is then that their masters generally despise them.

With respect to the first quoted paragraph, it is one thing to wish for peace, to hope for peace; everyone with whom I had the pleasure of serving did so. We did not want war, but we were determined to be ready for war and, if called upon, to do our duty in the crisis.

With respect to the second quoted paragraph, some people have despised the military for a long time; some have come more recently to despise those of us who served and those who still do. Perhaps not you, but perhaps someone known to you, whom the danger has not reached and who might not recognize it until it was upon them. Thus it has ever been, and thus it will ever be. Yet some of us still serve, knowing that not everyone who lives under the flag appreciates those who serve to defend the Republic for which it stands. 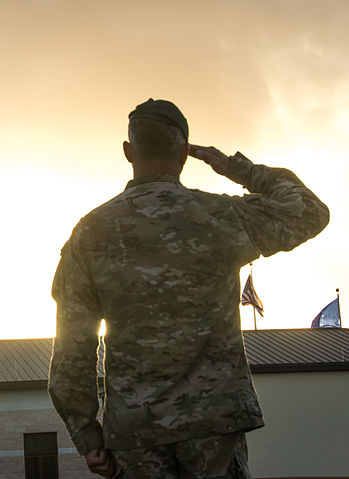 As for me: To all those still serving, I thank you, and salute you, and wish you peace. “There will be war” — but I pray it will not reach us for a long, long time.

I hope you have an excellent week.