Yesterday I wrote a post about salt, and today I’m making it a series. The main point of yesterday’s post is that

A little bit of salt enhances a dish. Too much salt ruins a dish: It no longer tastes like the dish it was meant to be; it only tastes like salt. When it comes to salt, moderation makes it more effective and saturation makes it unpalatable.

So let’s talk about salty language.

On the one hand, we may mean the kind of gracious speech that Saint Paul directed the Christians at Colossi to use: “seasoned with salt,” rather than overloaded with it, when giving an answer to anyone who might inquire about Christ and why they followed Him. We who follow Christ today would do well to bear that in mind as we do our best to speak the truth in love, not in anger or bitterness.

On the other hand, and in my experience more frequently, salty language means something quite different. Foul language. Crude language, whether profane or vulgar. Here, too, the point remains the same: A little goes a very long way. 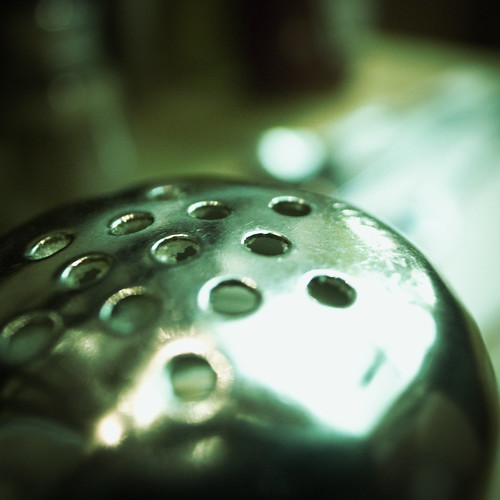 (Image: “Salt?,” by Stefan Powell, on Flickr under Creative Commons.)

I know quite a few people who make such a habit of vulgarity or profanity that I cringe whenever I sense they’re getting ready to speak. I confess that in the service I developed some bad habits along those lines myself, that I have not overcome: Very frequently, my first inward expression of frustration or anger is an obscenity, even if I successfully chisel off the hard edges of my language most of the time when other people are around.

As our culture has coarsened, though, I’ve observed more and more people who interpret “freedom of speech” to mean “freedom to express anything in any way,” and they frequently employ vulgar or profane language on social media posts or in other ways: on bumper stickers or T-shirts or even tattooed into their flesh. Maybe they’re right to do so, and would be justified in scoffing at me for even suggesting that they could exercise a bit more self-control. Maybe they’re expressing the kind of deep rage and dissatisfaction that can only be captured by obscenities, rather than just being lazy or trying to be edgy. But as with salt itself, so with salty language: moderation makes it more effective — its relative rarity calls attention to it and it bears more emotional weight — while saturation just makes it unpalatable.