The Lone Worker, the First Advance

I haven’t posted a Monday quote in a while, but here goes.*

Today’s quote comes from Scottish biologist, pharmacologist, and Nobel Laureate Sir Alexander Fleming (6 August 1881 – 11 March 1955). Fleming shared the 1945 Nobel Prize in Physiology or Medicine — that’s the whole name of the thing — for the discovering the antibiotic penicillin in 1928. In addition to a knighthood granted in 1944, his other honors include being named one of the “100 Most Important People of the 20th century” by Time magazine.

Considering that Fleming shared the Nobel Prize with Howard Florey and Ernst Boris Chain, I find it interesting that he’s quoted as saying,

It is the lone worker who makes the first advance in a subject: the details may be worked out by a team, but the prime idea is due to the enterprise, thought, and perception of an individual.

That interests me from the standpoint of creative work, and indeed all work. Even when we collaborate with people to produce something, the initial idea — the prime vision — always comes from one person. Rarely can one person nurture that idea from conception to birth and beyond, but the impetus is always a solo achievement.

We strike the spark of creativity in the deep primordial darkness of the mind, though we are not equally warmed or illuminated by it. The moments before we strike that spark may be suffocating or invigorating, and the mental space we inhabit may be silent or deafening, but neither family, friend, nor foe can join us in the confines of our cranium at the instant the idea strikes. 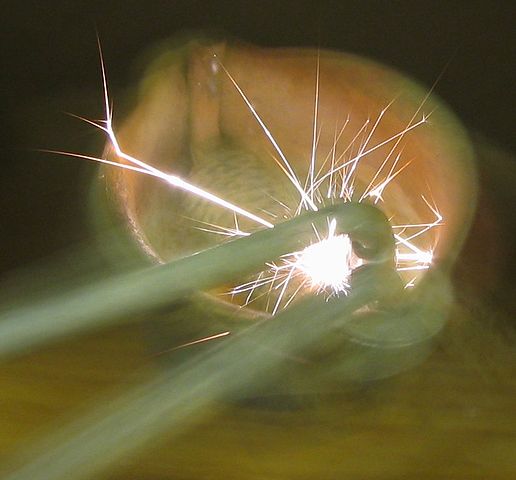 And the idea, like God saying, “Let there be,” is only the beginning.

Something to think about. Have a great week!

___
*I had actually intended to revive the “Monday Morning Quote” program, and to do so via live streaming video. Obviously that didn’t work out, since it’s now Monday afternoon and there’s no video here. C’est la vie.