Fifteen years ago today — February 11, 1997 — the Space Shuttle Discovery launched from Kennedy Space Center on a mission to refurbish the Hubble Space Telescope. During the second EVA crewmembers “noted cracking and wear on thermal insulation on side of telescope facing the sun and in the direction of travel.” Mission controllers added a fifth spacewalk to the schedule so the astronauts could install insulating blankets — some of which were put together on Discovery‘s middeck during the mission — over key component areas. The first of the orbiting observatories that would be precursors to the Hubble Space Telescope, OAO-1 did not live up to expectations. Only 7 minutes after separation, the power system failed due to high voltage arcing in the star trackers and resultant battery depletion. Ground controllers ended the mission after 20 orbits, and the first of the OAO series made no celestial observations.

With the Space Shuttle Discovery now being torn apart, and the two remaining shuttles facing only a single, final flight each, these shuttle-related space history items are becoming quite bittersweet. Even so …

Twenty years ago today — April 5, 1991 — the Space Shuttle Atlantis launched from Kennedy Space Center with a new observatory to place in orbit.

The STS-37 crew — Steven R. Nagel. Kenneth D. Cameron, Linda M. Godwin, Jerry L. Ross, and Jerome “Jay” Apt — launched the Gamma Ray Observatory on the third day of their mission. The launch was not picture perfect, however: the “high-gain antenna failed to deploy on command; it was finally freed and manually deployed by Ross and Apt during an unscheduled contingency spacewalk.”

Astronauts fixing things … sounds like a reason to continue with a human spaceflight program ….

The new space telescope was later renamed the Compton Gamma Ray Observatory in honor of Nobel laureate Dr. Arthur Holly Compton, a pioneer in high-energy physics. The observatory remained in orbit until June 2000.

As for UFOs: like many shuttle missions, the camera on STS-37 picked up an image of an object that appears to be in the vicinity of the shuttle. You can watch the 27-second video here and draw your own conclusion.

Over at the redesigned Baen Books* web site, they’re running features by Baen authors — a short story one time, a short article the next — and the recent article “The Size of It All” by Les Johnson is fantastic. Here’s the opening (with emphasis added):

For ten days in 1995, the Hubble Space Telescope pointed its mirror to a small patch of seemingly empty sky near the Big Dipper and started collecting light. (“Seemingly empty” means that no stars or galaxies were at that time known to be in that particular piece of the sky.) The part of the sky being imaged was no larger than the apparent size of a tennis ball viewed from across a football field. It was a very small portion of the sky. What they found was awe-inspiring. Within that small patch of nothingness was far more than nothing. The image revealed about three thousand previously unseen galaxies, creating one of the most famous of Hubble’s images and my personal favorite. The sky is not only full of stars but also of galaxies and they are very, very far away. Since that image was taken, the Hubble Space Telescope has produced the Hubble Ultra Deep Field, which revealed ten thousand previously unseen galaxies, even farther away and further back in time, in another “seemingly empty” part of the sky.

It’s apparent that we are nearly insignificant specks in the grand scheme of the universe, and if you read “The Size of It All” you’ll get an idea of just how small our world — indeed, our entire little part of the celestial sphere — is. The question of how big the universe really is always puts me in mind of one of my favorite Chris Rice songs, “Big Enough”**:

Sometimes I feel overwhelmed by it all. It’s on those days that I rely most on faith to keep me going.

___
* FULL DISCLOSURE: I’m affiliated with Baen as their “Slushmaster General.”
** Copyright Clumsy Fly Music. Used without permission, but in good faith so hopefully they won’t send their lawyers after me.

ASTRO-1 combined the Hopkins Ultraviolet Telescope, Wisconsin Ultraviolet Photo-Polarimeter Experiment, Ultraviolet Imaging Telescope, and Broad Band X-Ray Telescope into a single observatory. Between problems with the data display units used to point and operate the instruments, and bad weather at the primary landing site that cut the mission short, only about 70% of the planned observations took place.

And then 5 years later, on this date in 1995, another observatory was launched: the Solar and Heliospheric Observatory (SOHO) flew from Cape Canaveral Air Station atop an Atlas-IIAS launch vehicle. SOHO consisted of twelve different instruments — three from the U.S. and nine from Europe — that have produced stunning images of the Sun and the solar corona, like the one below, over the last 15 years. (SOHO close-up image of a large solar prominence, taken with the 304A filter on 07/01/02, with Earth superimposed for scale. NASA image.)

(Edwin Hubble, next to the Hooker Telescope at Mount Wilson Observatory. NASA image.)

NASA, of course, honored Hubble by naming their most famous space telescope after him.

And speaking of space telescopes, 5 years ago today, in 2004, NASA launched the Swift Telescope — also known as the Gamma Ray Burst Explorer, or Explorer-84 — on a Delta-II rocket from Cape Canaveral. The spacecraft, named after the bird, carried three instruments to detect and locate gamma ray bursts. 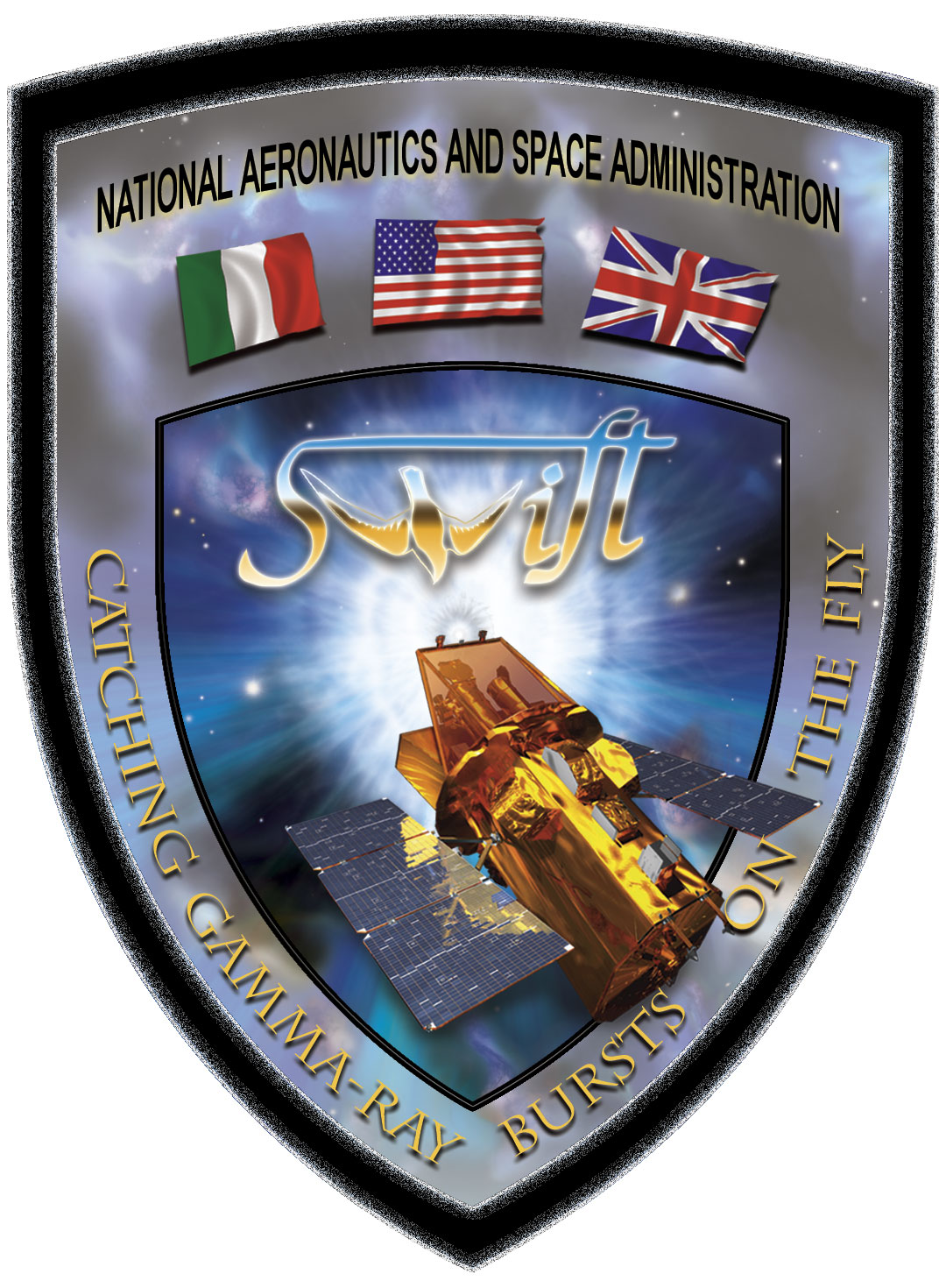 I think Edwin Hubble would be thrilled to see the new discoveries that have been made, by the telescope that bears his name as well as other, specialized instruments.

And I wonder what’s next….

Let me start by saying: It was really cool to be allowed to call in to the NASA press conference to hear the announcement live. I am space today.*

So here’s what NASA had to say:

The Hubble Space Telescope collected the first visible light images of a planet circling another star. The star, Fomalhaut, is one of the twenty brightest stars in the sky; even though it’s about 27 light years away, it’s visible with the naked eye if you know where to look (an image of the constellation is on the page linked below).

The planet, known as Fomalhaut-B, was observed in 2004 and 2006, but not “discovered” until scientists reanalyzed their data this past Memorial Day weekend. The NASA team concluded that the object was a planet based on three factors: first, its relatively low mass of around three Jupiters; second, the presence of a perturbed dust ring in the Fomalhaut equivalent of our Kuiper Belt; and third, comparative images from 2004 and 2006 that show the planet’s motion in its orbit. The team expressed high confidence that Fomalhaut-B was a planet rather than a brown dwarf star because the object did not show up at infrared wavelengths as a brown dwarf should, but was only detected using visible wavelengths.

After the next Hubble servicing mission, the team hopes to make further observations of the Fomalhaut system. With a third observation of the planet in its orbit, they can make more accurate calculations of its orbital elements.

As a space geek and would-be “steely-eyed missile man,” this was pretty awesome for me. 😀

___
*To add to all the other days when I was space, which seem oh so long ago now. I miss my space days.