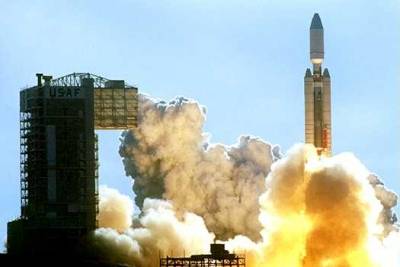 Part of the CORONA program and listed as an Air Force photoreconnaissance satellite, Discoverer-19 “did not carry a film capsule,” but was launched “as a test for the MIDAS missile-detection system.” MIDAS, the “Missile Detection Alarm System,” was an infrared detection system and precursor to the Defense Support Program and Space-Based Infrared systems.

The National Reconnaissance Office produced an interesting history of MIDAS, declassified in the late 1990s. That history points out that Discoverer-19 carried instruments to measure the background IR radiation emitted by the Earth “to confirm the technical feasibility of the MIDAS concept.” 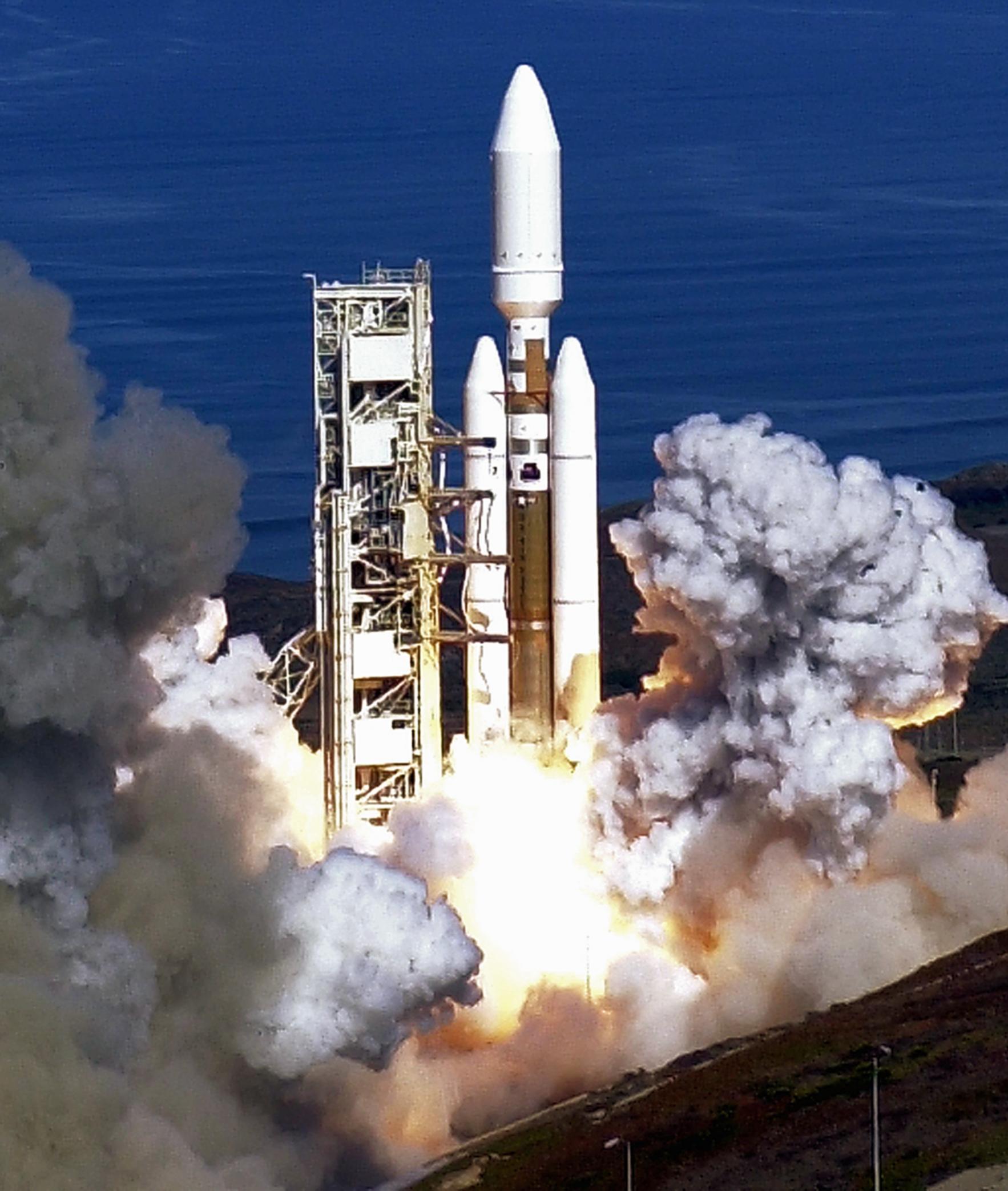 Fifty years ago today — August 18, 1960 — Discoverer-14 launched from Vandenberg AFB. It was known to the public by that name, but to insiders in what would become the National Reconnaissance Office it was known as CORONA Mission 9009.

Discoverer-14 was the first CORONA mission in which the film canisters were successfully recovered from orbit.

Over Alaska on the 17th pass around the earth, the Agena ejected Discoverer 14 from its nose and retrorockets attached to the reentry vehicle fired to slow it for the return from orbit. After Discoverer 14 reentered the atmosphere, it released a parachute and floated earthward. The descending parachute was sighted 360 miles southeast of Honolulu, Hawaii, by the crew of a US Air Force C-119 recovery aircraft from the 6593rd Test Squardon based at Hickam AFB, Hawaii. On the C-119’s third pass over the parachute, the recovery gear trailing behind the aircraft successfully snagged the parachute canopy. A winch operator aboard the C-119 then reeled in the Discoverer after its 27-hour, 450,000 mile journey through space. This was the first successful recovery of film from an orbiting satellite and the first aerial recovery of an object returning from Earth orbit.

The NSSDC also notes that “38 Discoverer satellites were launched by February 1962,” although the CORONA project itself continued until 1972. CORONA was declassified in 1995.

Coming to Omaha for the 2009 Strategic Space Symposium seemed like a good time to revive the Space Warfare Forum, so yesterday I posted a long report about day one at the symposium.

I made some good contacts with company representatives and saw some of my old colleagues, so it was a good day at the symposium. Highlights:

Here’s hoping day 2 will be as good, or better!