On another note, it’s unfortunate that Voyager had to star in the awful first STAR TREK movie.

In other space history, 35 years ago today the X-24B research vehicle made its first supersonic flight with NASA pilot John A. Manke at the controls. This took place, of course, at Edwards AFB, where I would be stationed just a few years later at the Air Force Rocket Propulsion Laboratory (seen in the background of the attached photo of an X-24B landing; more available here). 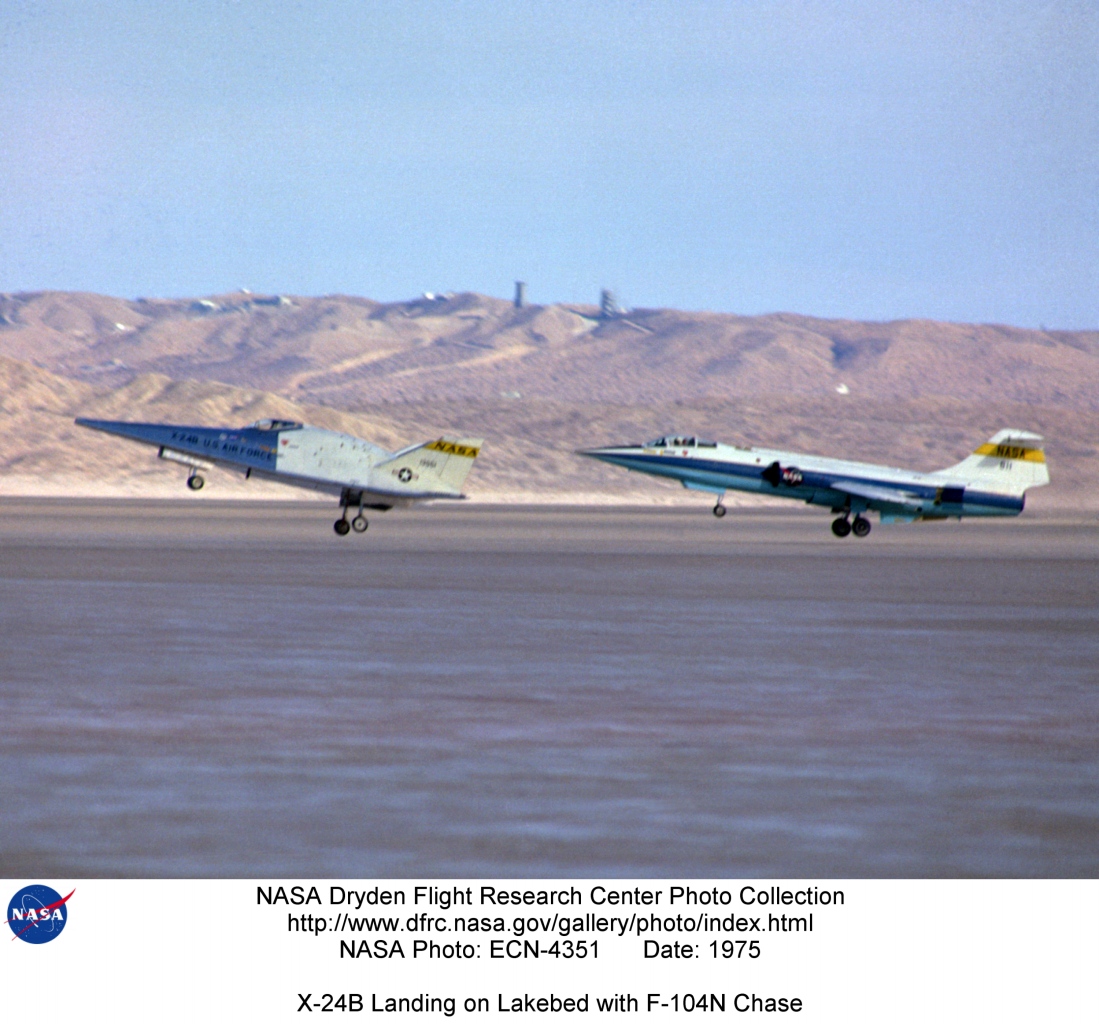 Yes, just a precious few years later I was climbing around those test stands on Leuhman Ridge. Those were good days, but these days are good, too.