Reflections on the Second Day

Today is the second day. A day of doubt, despair, and fear. 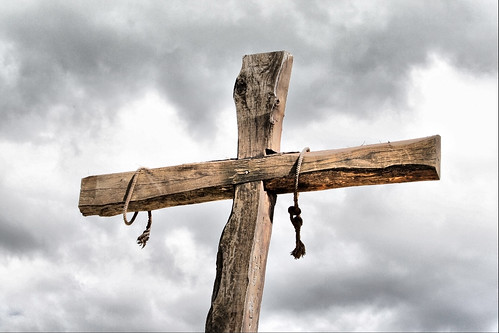 (“Jesus Cross,” by Claudio Ungari, on Flickr under Creative Commons.)

They were marked men (“Weren’t you with him?” “I don’t know him!”). Not so much revolutionaries without a leader as sheep without a shepherd.

The second day was a Sabbath day. A day of rest, when no work would be done. A day when the mind should be turned to God. A day of no distractions.

I imagine they prayed for distractions. For brighter memories of better days, instead of bitter images of the first day.

For them, it was just a dark and terrifying “today.”