Monday Morning Insight: Are You a Friend to Government?

Today is John Hancock’s birthday, at least according to the “New Style” calendar — the Gregorian calendar, which became the legal calendar in Britain and the colonies in the mid-1700s. But whether the day he was born is considered the 23rd or the 12th of January 1737, he was certainly a patriot and a statesman, and served as Governor of Massachusetts (twice) and president of the Second Continental Congress.

On the fourth anniversary of the Boston Massacre — on 5 March 1774 — Hancock delivered a speech in Boston in which he said,

Some boast of being friends to government; I am a friend to righteous government, to a government founded upon the principles of reason and justice; but I glory in publicly avowing my eternal enmity to tyranny.

That quote seems appropriate for our present day and our present government, especially given the inauguration of a new President this past Friday and the widespread protests the day after.

How you answer the question may tell us more about you than it does about our government.

Because neither before nor after this past Friday has our government been totalitarian, nor has it disavowed the principles of reason and justice upon which it is founded. Yes, we may support or oppose some policies and programs for which our tax dollars pay, and in turn may wish such policies or programs to continue or to cease. Yes, our government’s standard of justice may shift or be unevenly applied. Yes, government levies some requirements on us, and more or fewer requirements on others. But that is the nature of limited, imperfect governmental action, and it does not make such actions tyrannical. 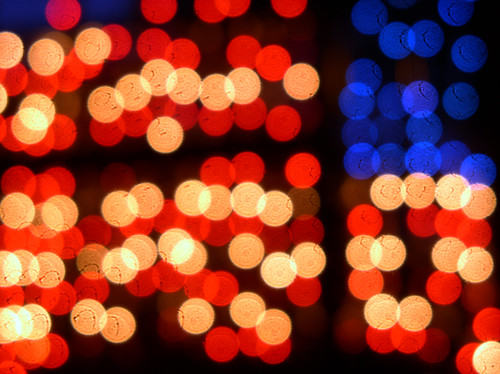 How well do the lights of our government shine? (Image: “Broad Stripes & Bright Stars,” by Jason Samfield, on Flickr, under Creative Commons.)

I, for one, agree with Hancock: “I am a friend to righteous government, to a government founded upon the principles of reason and justice,” and so long as our government remains so I will be pleased to support it. With Hancock, however, “I glory in publicly avowing my eternal enmity to tyranny,” no matter what political persuasion the President happens to be — but I will not let fears and phantasms of despotism cloud my mind, and cause me to see tyranny where it does not exist.

We are still the land of the free, and I wish you peace in pursuing your freedom.