Making It Real in North Carolina

(Written as a guest post for, and cross-posted from, the Beyond Lean blog.)

Because I’ve driven across the country several times, from one Air Force assignment to the next, I sometimes think in terms of the nation as a whole and forget just how big some states are. Last week I helped the NC State University Industrial Extension Service (IES) conduct the “Manufacturing Makes It Real” tour, covering over 1100 miles in 5 days, and trust me: North Carolina is a pretty big state.

I like to think the individual rallies were like “county fairs” for manufacturing, and we were pleased at the number of companies that attended, even though we didn’t have blue ribbons to award. And considering the weather we had — record levels of rain along the coast, making us travel on nearly-flooded roads* — we were very fortunate to make it to each stop and hold each rally on time. 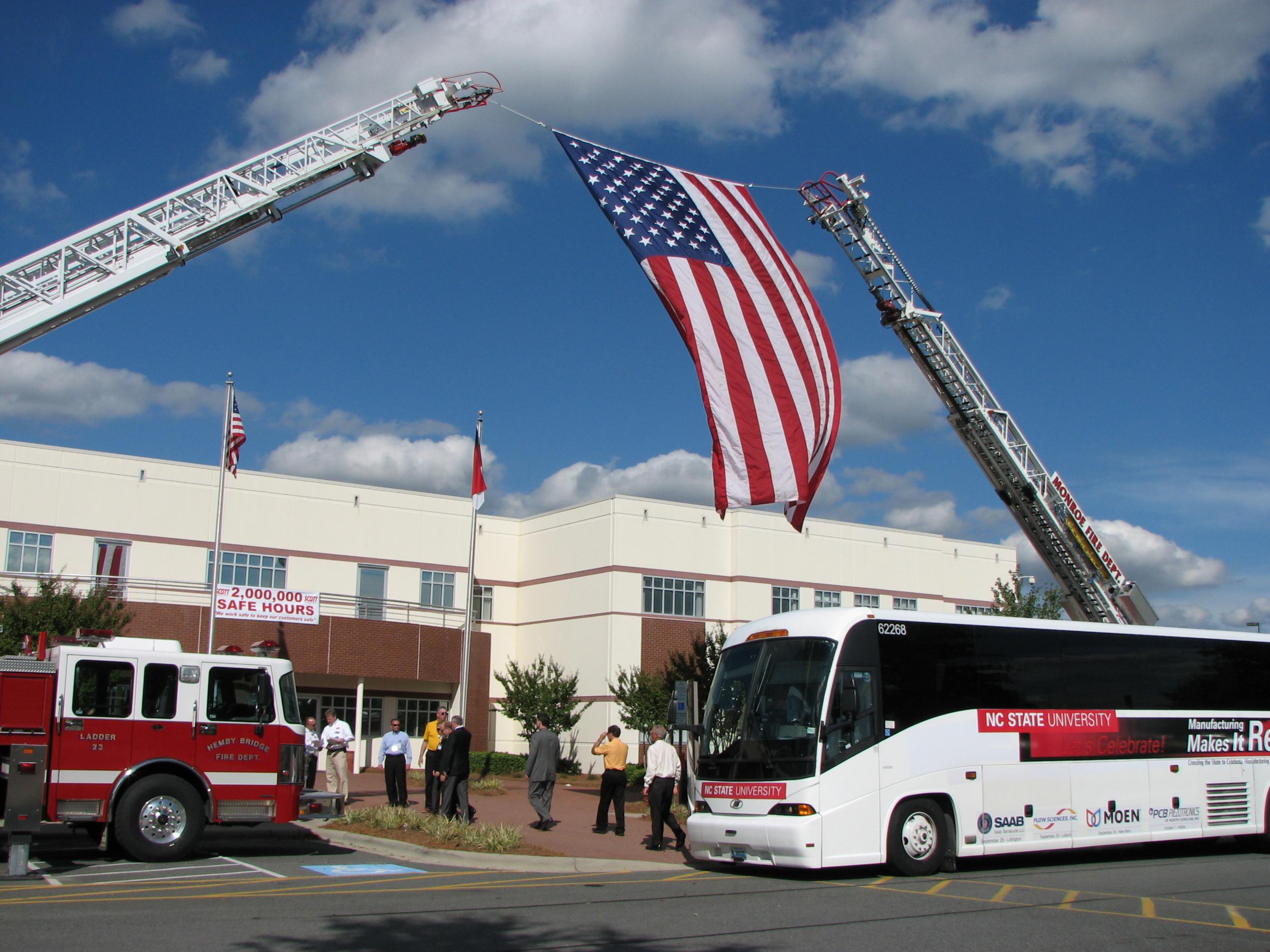 The most memorable rally for me was held at Scott Health & Safety in Monroe (east of Charlotte). The Monroe Fire Department had set up two ladder trucks and suspended a huge U.S. flag to help the companies demonstrate their “Made in the USA” pride. That pride-of-workmanship theme was repeated at every stop, but the Monroe event was special to me because I relied on Scott Air Pak breathing gear when I worked disaster response in the Air Force. Their workmanship can literally mean the difference between life and death in dangerous situations. (I wrote more about the Scott Health & Safety rally on the tour blog**).

All week long, from companies big and small and representing many different industry sectors, we heard stories of continuous improvement through lean and Six Sigma, expanded markets through ISO certification, and risk-taking through entrepreneurial ventures and new product development. Company leaders admitted to a lot of belt-tightening and uncertainty in the last couple of years, but seemed pleased that people were paying attention to the good work they do.

*Not complaining! We needed the rain to counteract the summer’s drought.

**For more from the tour blog, including pictures from most of the sites, see http://mfgmakesitreal.wordpress.com/.