It’s a Slow Process, So Here’s a Brief Tidbit

It’s beginning to look as if Walking On The Sea of Clouds may not be a “Spring” release after all. Hopefully the actual date won’t drift too far into Summer, but I’ll keep you posted as I learn more!

Meanwhile, would you like to read an excerpt from the novel?

If so, here’s the start of the scene in which one of the main characters, Stormie Pastorelli, is about to undergo an experimental nanotechnology medical treatment — called a “picophage” treatment in the text — that’s required because she was exposed to pathogens while saving an accident victim’s life.

Hope you enjoy it …

The only warm color in the room was the red-brown ribbon of blood that flowed through translucent plastic tubing from Stormie’s right arm to the scanner and back again.

The rest of the antiseptic room blazed cold under the fluorescent lights: the row of cabinets labeled with machine-like precision, the stainless steel table with its orderly array of implements, the ubiquitous anatomy poster. The IV drip into her left arm was clear as ice water. Even the scanning and filtration unit itself, squat and boxy in its cream-colored housing with sky blue faceplate, seemed unwarmed though her blood flowed through it.

Over-conditioned air bit through the hospital gown, and Stormie wished she had taken the thin blanket the nurse offered. At least the gown was a tri-fold—a wrap-around with three arm holes—even if it had to be the standard putrid green.

Nothing to be afraid of, she told herself. Nothing but a million microscopic hunter-killers coursing through your blood.

Stormie squirmed a little on the padded table, and the paper covering crackled loud as thunder. The tubing pulled against the tape that secured it to her arm. In places where the light hit the tubing just right, her blood looked as dark as her skin.

Dr. Nguyen’s smiling face appeared in the wire-crossed glass set in the door. He waved, then came in carrying the brushed aluminum clipboard with all the release forms she’d signed. She hadn’t read them, of course; she supposed no one did. Written in the most obscure dialect of legalese, their clauses and codicils were inaccessible to those uninitiated in the lawyerly arts, even people who were otherwise smart; if system administrators could erect electronic barriers as formidable as lawyers’ linguistic barriers, no computer firewall would ever be breached. The papers all boiled down to I-understand-the-risks-associated-with-this-procedure-and-accept-the-improbable-but-very-real-possibility-that-it-may-result-in-my-death-or-permanent-disability. She had signed them with barely a first thought.

Dr. Nguyen’s black, greasy hair stuck out above one ear, as if he’d just gotten up from a nap at his desk. “How are you doing?” he asked. He reached out his slender hand and Stormie shook it for the third time this morning. “Everything still okay? No irritation?” He bent toward her arm and examined the needle site.

The door opened again and the same stout, blonde nurse who had witnessed the paperwork—Nurse Myracek—carried in a plastic transit case about the size of a six-pack cooler. The dark, almost hunter-green case contrasted with the room’s stark brightness. She set the case next to the equipment on the steel table as Dr. Nguyen asked her to bring Stormie a blanket. She gave Stormie an “I told you so” look, but smiled and nodded to make it a friendly comeuppance.

Stormie complied, and the clean paper sheet scrunched against her back. Her empty stomach complained about the preparatory fast. In a moment, Nurse Myracek had her expertly swaddled under a soft, robin’s-egg-blue blanket and put a small pillow under her head.

Stormie remembered something in a poem about the night, lying on the table … something about anesthesia … she tried and failed to recall the line. It might be appropriate, somehow.

Dr. Nguyen snapped opened the clasps on the transit case. They clattered down one by one, then he took off the lid and lifted out a syringe about the size of a cigar. He started making notes on his clipboard.

Stormie smiled a little. The nurse made it sound as if the picophages in the syringe were alien creatures brought back to Earth by some survey team. They didn’t come from outer space per se, they were grown and processed in the high-vacuum, medium-orbit foundry that the Low-Gee Corporation developed from the space station nanocrystalline laboratory. “Pico-” was marketing hype: they were smaller than almost any other nanomachines, but not three orders of magnitude smaller. So far they were one of only two commercial products that seemed to require low-gravity manufacture, but on that shallow foundation Low-Gee had built a small technical empire. A greater hurdle than making the things in the first place had been figuring out how to prepare them for descent into the Earth’s gravity well; the shock-and-vibration-damping packaging was expensive, but still cheaper than sending people into orbit for treatment.

Stormie nodded. They came from outer space. And you’re going to put them in me. 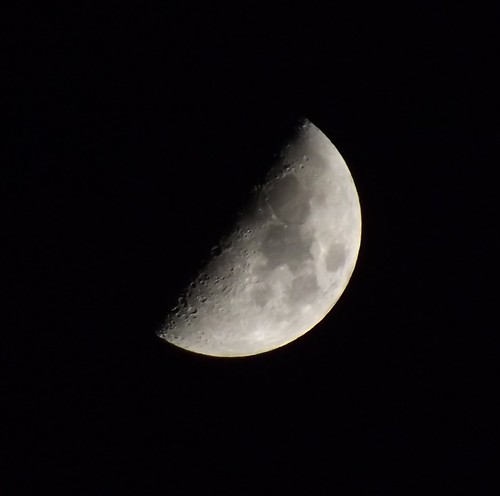 Hope that gave you a feel for what to expect. Thanks for reading along, and stay tuned for more info!

3 Responses to It’s a Slow Process, So Here’s a Brief Tidbit