An Important Day in Rocket History 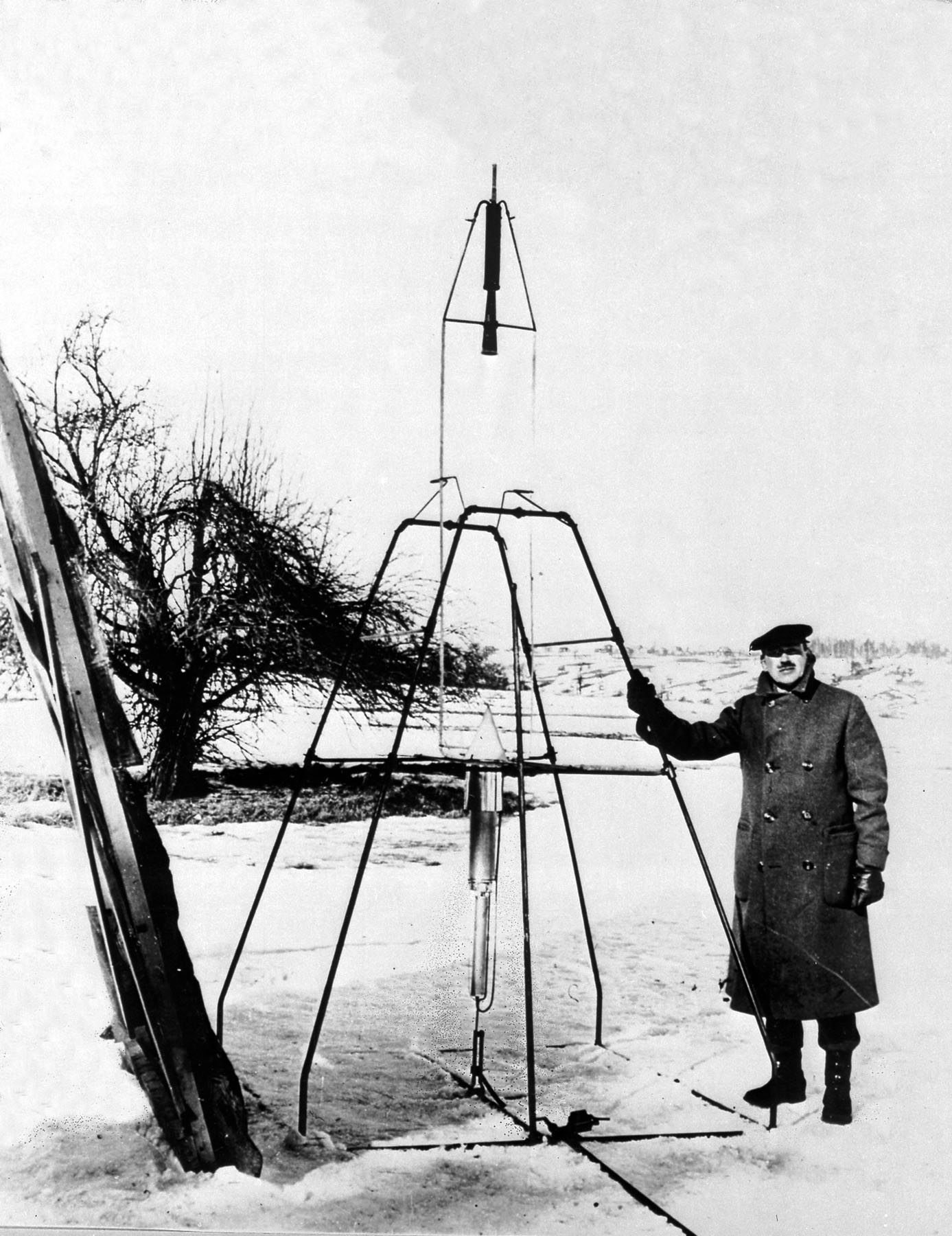 (Dr. Robert Goddard with his first liquid-fueled rocket. Image from the USAF Museum. Click to enlarge.)

Operating on gasoline as its fuel and liquid oxygen as the oxidizer, the vehicle reached the lofty height of 41 feet during its 2.5-second flight, but it proved the concept and led to bigger and more powerful vehicles.

In Dr. Goddard’s memory, the Goddard Space Flight Center was established in Greenbelt, Maryland, in 1959. The facility was dedicated 50 years ago today, on the 35th anniversary of his historic rocket launch.

You can read more about Dr. Goddard on this NASA page and this USAF page. You can also examine archives available through Clark University.

Fulfilling the promise of Dr. Goddard’s first launch, 45 years ago today astronauts Neil Armstrong and Dave R. Scott launched on the Gemini-VIII mission. Their Titan-II rocket put them into the proper orbit to perform the first manned docking of one spacecraft with another, in this case an Agena target vehicle that had been launched earlier in the day.

The Gemini-VIII mission did not go exactly as planned, however:

About 27 minutes after docking at 5:41 p.m. the combined vehicle began to go into a violent yaw and tumble. Armstrong disengaged the Gemini capsule from the GATV causing it to roll, pitch, and yaw even more rapidly than when it was connected to the GATV, approaching and possibly exceeding a rate of one revolution per second. Armstrong and Scott managed to deactivate the OAMS and in a final attempt to counteract the violent tumbling all 16 reentry control system (RCS) thrusters were utilized to damp out the roll. This manuever succeeded in stabilizing the spacecraft at 6:06:30 p.m. but ended up using 75% of the RCS fuel. It was then discovered that one of the 25-pound Orbit Atitude and Maneuver System (OAMS) roll thrusters (roll thruster no. 8) on Gemini 8 had been firing continuously, causing the tumbling.

Because of the use of so much propellant, Gemini-VIII was forced to end its mission early and make an emergency landing. Still, they had achieved another milestone of rocket-based travel, presaged by Dr. Goddard’s launch not too many years before.

0 Responses to An Important Day in Rocket History