Let the record show that I am not very well-read in the classics. I’ve read fairly widely–i.e., on a wide range of topics and in a variety of genres–but not in great depth aside from a few favorite authors. (I should probably not admit that, considering my trade these days, but I’m trying to correct that error–if error it be.)

At any rate, I am, admittedly rather slowly, trying to broaden my reading horizons–especially as regards works of antiquity. So for a few weeks this year I read a selection of Seneca the Younger’s letters, which I found entertaining, challenging, and sometimes enlightening. 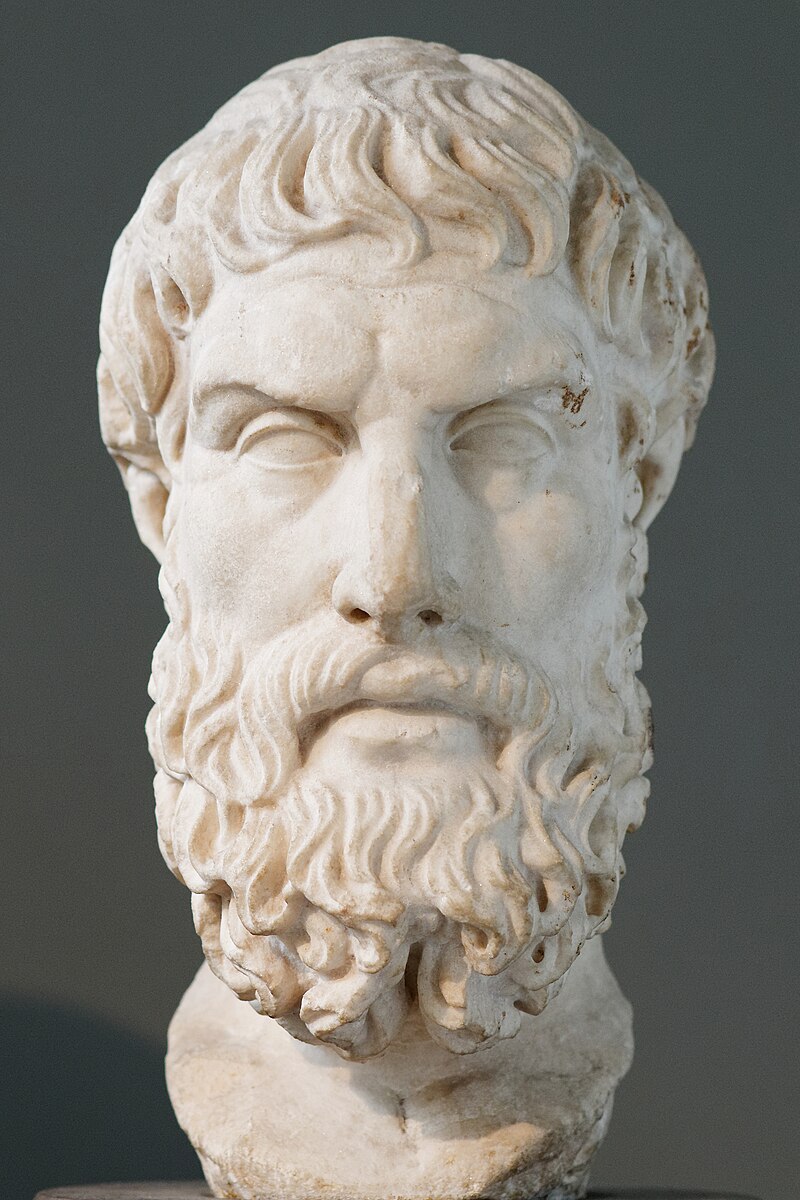 (Image: “Portrait of Epicurus, founder of the Epicurean school. Roman copy after a lost Hellenistic original,” from Wikimedia Commons.)

For instance, in letter eleven of the Robin Campbell translation, Seneca quotes Epicurus (whose bust is pictured above) as saying,

We need to set our affections on some good man and keep him constantly before our eyes, so that we may live as if he were watching us and do everything as if he saw what we were doing.

Remind you of anything?

I flashed immediately to the “What Would Jesus Do?” craze: the WWJD bracelets and other accoutrements. Not that Seneca would have had Jesus in mind–the two were contemporaries, but lived far apart and never would have met–nor Epicurus, since he was doing his thing three hundred years before Seneca! But Seneca obviously approved of the idea of fixing our mind on some good person we respect, and acting as if that person could observe us.

For some of us, Jesus fits that description and that role better than anyone else. For others, some other revered person may work better. But it was interesting to see that the idea itself was quite ancient–and who knows if Epicurus didn’t get it from someone else before him?

And the question this leaves for each of us is, Who will we choose to live as if they’re watching us do what we do?