I’ve done a little canvassing around my district (still lots more to do!), but so far I’ve found that most people have expressed similar preferences on what they appreciate about living in Cary and … let’s say, what they find annoying. And since I’ve been talking with folks who could be my constituents one day, I thought I should relay some of my thinking about what you might expect from me in terms of political service. 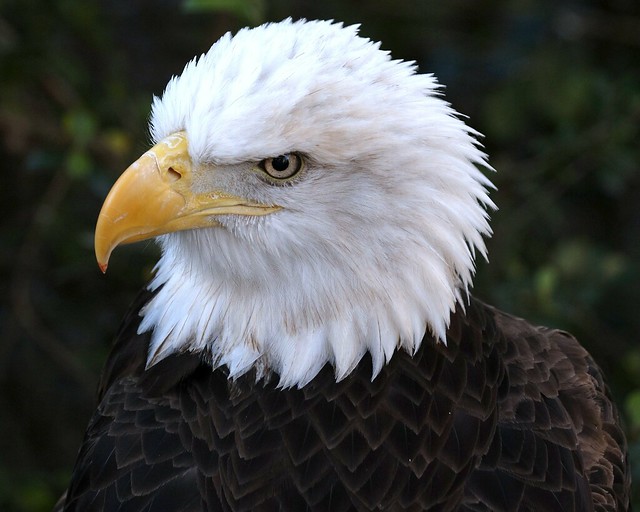 Looks as if this eagle is deep in thought. (Image: “Liberty” by Joel Olives, on Flickr under Creative Commons.)

For about as long as I’ve been running this blog, I’ve occasionally written about political topics — long before I started this “election countdown” series of posts, at least. In this current series, though, I’ve discussed how my long practice in telling people “no” may have made me a poor political candidate, why I’m not making any promises to anyone, and how you can help spread the word about my campaign.

But some of my older posts might be instructive to people who are deciding whether to vote for me.

I did a series of posts called “If I Were My Own Representative,” for instance. In that series, I discussed my intention to understand, as fully as possible, any bills I would be voting on, why my default position on legislation that would hurt people would be “no”, and the message I hope I always deliver, that the U.S. is still “the greatest hope for peace and prosperity in the world”.

I also wrote a series of posts in which I floated various ideas for tax reforms, such as taxing long-term investment income at a lower rate than income from short-term speculation, eliminating taxes on interest from savings below certain amounts, and phased-in business taxes to help young businesses succeed.

And I’ve written about broader political topics, like putting civility back into civil discourse, metaphors for the opposing ends of the political spectrum, and why we shouldn’t punish good people when bad things happen.

I hope voters who might be considering me as their candidate will read a few of those that interest them. I don’t expect anyone to read through all of them (those series, for instance, were longer than just the ones I mentioned), but reading a few would give anyone a deeper look into how I think about political subjects. I have more political posts to choose from, too — plus some that I didn’t even categorize as such. But for a quicker assessment of what I’m about as a candidate, consider this:

If any of that appeals to you, I hope you’ll consider voting for me.

___
Help spread the word about my campaign! Share this post on social media or forward it specifically to anyone you know who lives in North Carolina, especially in the Research Triangle area or the Town of Cary. Or download a Print-It-Yourself Flyer in either color or black and white and put it up in your office or at your favorite hangout. For additional updates and info, sign up for my newsletter using the form in the right sidebar or visit the election page on my website. Thanks!

Spending Disclosure: As of this date, my campaign has spent a total of $84.

This blog post was “paid” for, at the cost of $0 and whatever time it took Gray to write and upload it, by The Gray Man: Service, Leadership, Creativity.