An Old But Simple Prescription for a Better World

Today’s quote comes from English novelist and playwright John Galsworthy (14 August 1867 – 31 January 1933), who won the Nobel Prize for literature in 1932. In one volume of his “Forsyte Saga” series of novels, In Chancery, he included this:

I don’t know much about morality and that, but there is this: It’s always worth while before you do anything to consider whether it’s going to hurt another person more than is absolutely necessary. 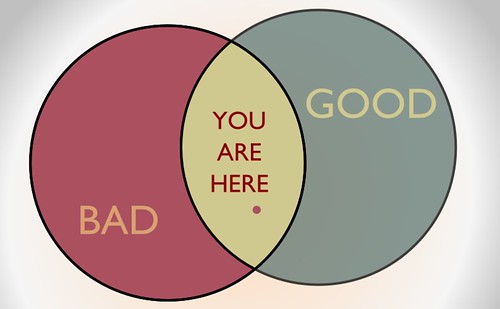 (Image: “A moral compass,” by John LeMasney, on Flickr under Creative Commons.)

Sometimes we don’t intend to hurt others but we fail to foresee all the consequences of our actions. Sometimes causing a little bit of hurt seems necessary, as when a surgeon cuts a patient in order to remove diseased tissue. However, if we anticipate that the consequences of our actions will include hurting someone, then Galsworthy’s approach seems to me like a nice principle to apply. We might refrain, or so something different, if we think we may hurt them more than necessary.

Perhaps we can all give it a try, at least for this week.