A Guideline for Religious Freedom

The Attorney General’s announcement earlier this week that the Justice Department would start a “Religious Liberty Task Force” has caused a bit of consternation, especially among people who fear that the US is heading toward some sort of theocracy or “dominionist” regime. The DoJ’s task force appears to be an internal exercise, but fear has a way of making things seem bigger and more threatening than perhaps they really are.

Beyond the bounds of the government, and on the day-to-day scale of dealing with people who may not share our beliefs, we don’t need a task force. We may need a better understanding that “Congress shall make no law respecting an establishment of religion” means no law with respect to establishing a state religion, and that “no law … prohibiting the free exercise thereof” means no law prohibiting people from practicing their religion according to its doctrines and dictates. But when it comes to “free exercise,” some broad guidelines might help the rest of us when it comes to exercising our religious liberty responsibly. That is, it might help if we had some reference by which to determine whether our religious freedom — i.e., our religious practice and the obligations we have taken on with respect to honoring and serving God — is infringing on the rights (or the freedoms) of others.

I find a useful guideline for religious freedom in what Paul the Apostle wrote to the church in Galatia about the “fruit of the Spirit.” Paul listed nine things and claimed, “against these there is no law” —

It’s quite a lovely list, and a friend of mine once declared that each of those characteristics builds upon the other, starting with Self-Control. That is, without Self-Control we are unable (or at least unlikely) to exhibit much in the way of Gentleness; until we learn how to be gentle with others and with ourselves deep Faithfulness may elude us; without faith we may be “good enough” to get by, but consistent and unconditional Goodness will be beyond our reach; and so forth. But that’s not what I mean by a guideline for religious liberty. 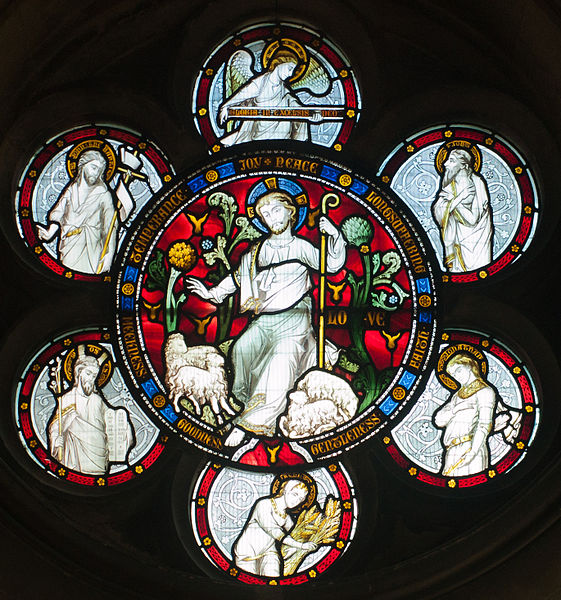 Because the First Amendment prevents our government from establishing a state religion and from prohibiting citizens from freely exercising their religion, I would approach it as follows: As long as your “free exercise” of your religious faith is demonstrated in the love you show to others, the joy you share, the peacefulness with which you live your life, how patient you are when people vex you, the kindness you show to those around you, the good that you do, the faithfulness you practice, how gently you treat others, and the self-control you exhibit, then by all means enjoy your religious freedom. Against those things, there is no law.

No doubt some may bristle at my proposing a Christian scripture as a guideline for general religious liberty. (Some people bristle at anything Christian.) If anyone knows of a comparable passage of scripture from some other religious tradition that encapsulates how faith may be put into practice for the most benefit and least harm, I would certainly consider it. Barring that, I will be content to do my best to live up to what was taught the Galatians.

One Response to A Guideline for Religious Freedom