50 Years Ago in Space History 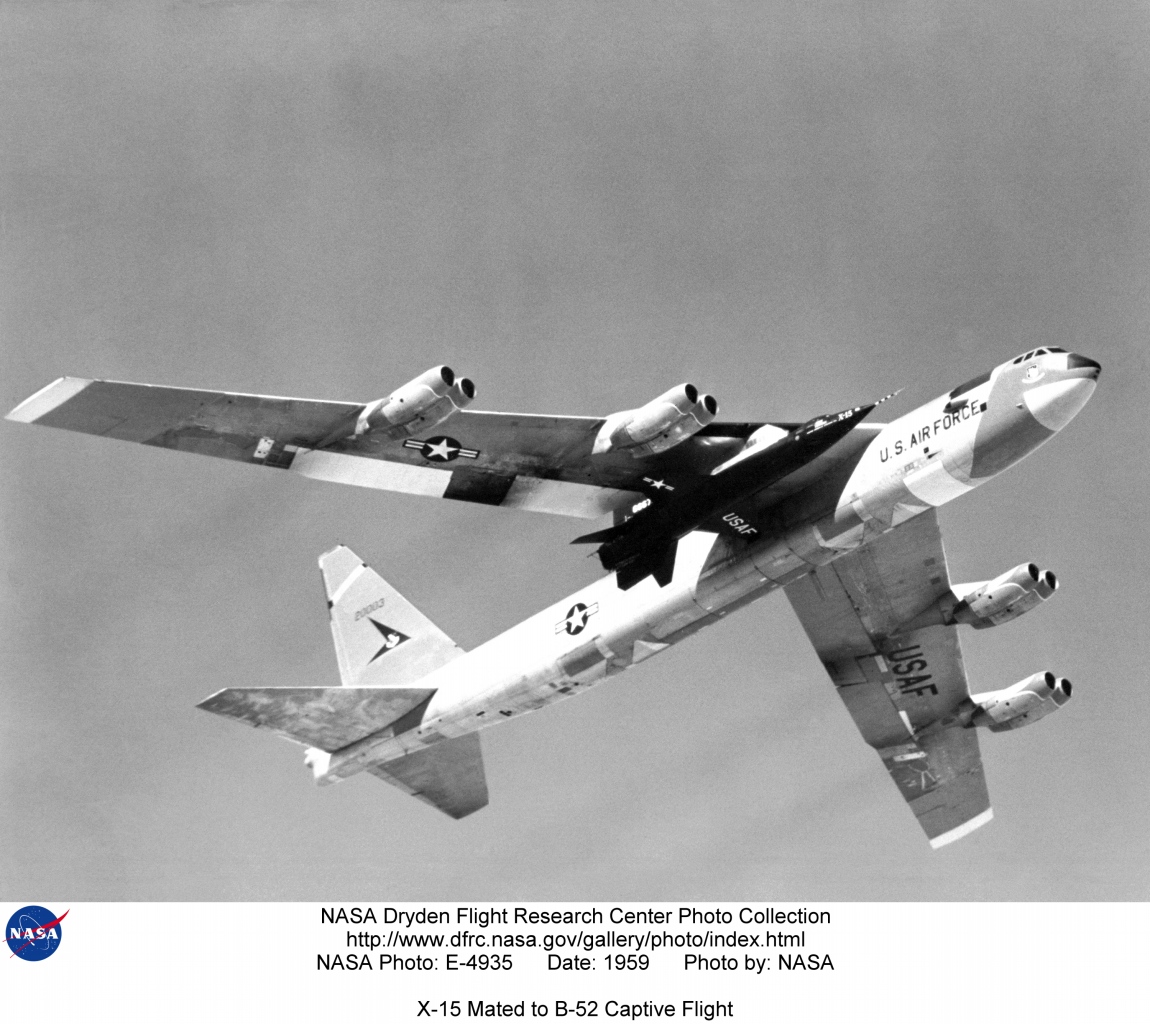 The X-15 program eventually carried pilots to the edge of space from Dryden Flight Research Center at Edwards Air Force Base, California.

And in the category of personal nostalgia, I have a picture of that same B-52 aircraft on my office wall, courtesy of my boss at the Rocket Lab at Edwards. In my picture, it doesn’t have an X-15 attached to the pylon: it’s carrying the Pegasus space launch vehicle, for which I served on the Flight Readiness Review panel. (Which was still pretty cool for a starry-eyed young lieutenant.)